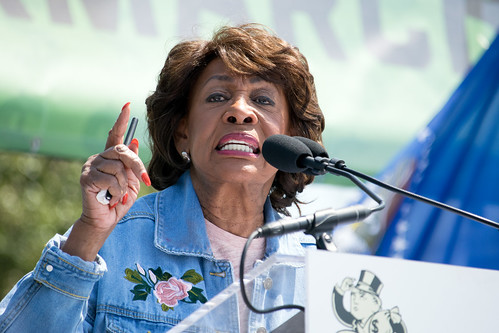 Illinois Senator Dick Durbin, the only Democrat present when Trump made his now famous racist "sh*thole" remarks, is the only person to come forward with an account of the incident, calling it "a heartbreaking moment."

Durbin said, " I cannot believe in the history of the White House in that Oval Office any president has ever spoken the words I personally heard our president speak yesterday.

You've seen the comments in the press, I've not read one of them that's inaccurate. To no surprise, the president started tweeting this morning denying that he used those words. It is not true. He said these hate-filled things and he said them repeatedly... he started to describe the immigration from Africa that was being protected in this bipartisan measure, that's when he used these vile and vulgar comments, calling the nations they come from shitholes. The exact word used by the president, not more, not just once, but repeatedly."

Durbin praised Sen. Lindsey Graham (R-SC) highly for his rebuttal to the president.

US Representative Maxine Waters (D-CA), who has served in Congress since 1991, flies loose with her response.

Related Topic(s): Immigration, Add Tags
Add to My Group(s)
Go To Commenting
The views expressed herein are the sole responsibility of the author and do not necessarily reflect those of this website or its editors.