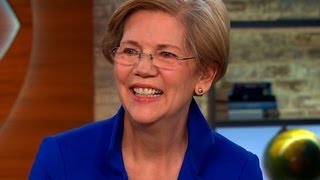 Right-wing Republican lawmakers in Alabama just enacted the most extreme abortion ban in over 40 years. The new law bans abortion at every stage of pregnancy, doesn't include exceptions for rape and incest, and could result in doctors who perform an abortion being thrown in prison for up to 99 years. Republicans in Missouri are following close behind with a bill of their own.

And it's not just Alabama and Missouri. This year alone, four states have passed laws that would effectively prohibit abortion before many women even learn they are pregnant. 55 laws that would ban all or most abortions have been introduced in state legislatures this year so far. And 18 states have laws that could be used to restrict abortion in the event Roe v. Wade is overturned -- including bans lying in wait that will be "triggered" if Roe is struck down.

Roe v. Wade established a woman's constitutional right to safe and legal abortion and has been the law of the land for over 46 years. These extremist Republican lawmakers know what the law is -- but they don't care. They want to turn back the clock, outlaw abortion, and deny women access to reproductive health care. And they are hoping the Supreme Court will back their radical play.

I'll be blunt: It just might work. President Trump has packed the courts with extreme, anti-choice judges. Senate Republicans stole a Supreme Court seat and rammed through the confirmation of Justice Kavanaugh last year in order to cement an anti-choice majority on the Supreme Court.

Even if the Supreme Court doesn't overrule Roe immediately, it could use these laws as an excuse to continue chipping away at this precedent. That's been happening for decades, and it's already had a huge effect on access. As of 2014, 90% of counties in the U.S. did not have an abortion clinic. Access to quality reproductive health services, including safe and legal abortion, is essential to a woman's health and economic security, but systemic barriers have made it especially difficult for low-income women and women of color to get the access to reproductive care they need. Federal funds are prohibited from being used for abortion care, which disproportionately affects women of color who are more likely to experience unintended pregnancies and more likely to seek abortions.

All the while, the Trump Administration has been relentless in its efforts to undermine women's health care. They've tried to defund Planned Parenthood, spreading abstinence-only education, and limiting access to contraception""all of which are likely to result in more unplanned pregnancies, not fewer. And they have worked to gag doctors, spread misinformation, and support so-called "crisis pregnancy centers" that go out of their way to present misleading and incomplete reproductive health care information to women.

This is a dark moment. People are scared and angry. And they are right to be. But this isn't a moment to back down -- it's time to fight back.

Court challenges will continue. And the next President can begin to undo some of the damage by appointing neutral and fair judges who actually respect the law and cases like Roe instead of right-wing ideologues bent on rolling back constitutional rights. But separate from these judicial fights, Congress has a role to play as well.

Under the Supremacy Clause of our Constitution, federal law preempts state law. For this reason, the establishment of these federal statutory rights would invalidate contradictory state laws, such as the Alabama, Georgia, and Ohio bans. They would also end the political games being played by right-wing courts to try and narrow Roe's protections. And because these federal protections would be valid on a variety of constitutional grounds -- including equal protection and the commerce clause -- they would ensure that choice would remain the law of the land even if the Supreme Court overturns Roe.

And these issues are bigger than Roe. The women of color who have championed the reproductive justice movement teach us that we must go beyond choice to ensure meaningful access for every woman in America -- not just the privileged and wealthy few. We must go beyond abortion, to ensure access to contraception, STI prevention and care, comprehensive sex education, care for pregnant moms, safe home and work environments, adequate wages, and so much more. We must build a future that protects the right of all women to have children, the right of all women to not have children, and the right to bring children up in a safe and healthy environment.

When I was growing up, long before Roe, people still got abortions. Some were lucky. Others weren't. They all went through hell.

The overwhelming majority of Americans have no desire to return to the world before Roe v. Wade. And so the time to act is now. It's inspiring to see so many women coming off the sidelines in this fight -- and women must continue to speak up to make sure this conversation stays grounded in their real experiences. Men must speak up too. And Americans outraged by these efforts should get into the political arena, run for office, and make these right-wing Republican lawmakers face the consequences of their actions.

Our democracy should not be held hostage by right-wing courts, and women should not have to hope that Brett Kavanaugh and Donald Trump's Supreme Court will respect the law. Congress should act to ensure that the will of the people remains the law of the land.

Related Topic(s): Abortion; Congressional Committees; Congressional Reports; Doctors; Pregnancy; Rape; Republican; Women, Add Tags
Add to My Group(s)
Go To Commenting
The views expressed herein are the sole responsibility of the author and do not necessarily reflect those of this website or its editors.