Barbara Lee is still right: The president has no authority to strike Syria without congressional authorization. 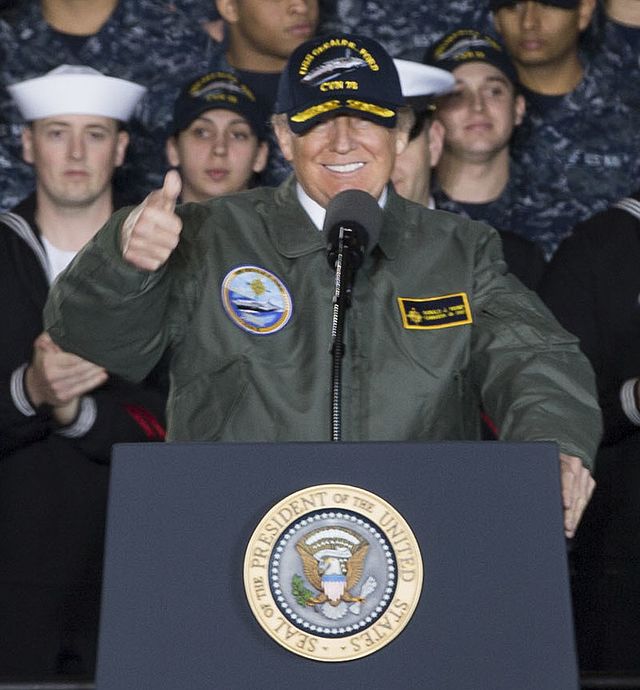 Paul Ryan may be winding down his tragic tenure as Donald Trump's sycophantic speaker of the House, but that does not mean Congress will automatically reassert itself as a coequal branch of government -- especially when it comes to matters of war and peace. Members of the chamber will need to act affirmatively on behalf of the rule of law, and the system of checks and balances that maintains it, in order to reestablish the role of Congress in this vital sphere. And they need to move quickly.

Throughout his two decades in Congress, Ryan has served as an unthinking and profoundly irresponsible war hawk, positioning himself as an errand boy for presidents who seek to engage in military actions without congressional authorization. As his power increased, so did the Republican leader from Wisconsin's determination to hand off the power of the legislative branch to constrain the executive.

In one of his darkest moments as speaker, Ryan blocked consideration in 2017 of a bipartisan amendment to renew the role of Congress as a check and balance on presidential war making. As he did on so many issues, Ryan chose to hand a blank check to Donald Trump.

But this blank check for endless war undercuts the Constitution, and that is just one of the reasons Congress needs to step up now to challenge Trump's scheming to launch unauthorized military strikes against Syria. Barbara Lee, who proposed the 2017 amendment that Ryan blocked, has the right answer to all the questions about how the president might respond militarily to reports of atrocities in Syria. "This is not President Trump's decision to make," says the congresswoman from California who is the House's most serious advocate for renewing the constitutionally defined system of checks and balances with regard to war making. "Congress, not the president, gets to decide when to go to war."

Related Topic(s): Congress Oversight Failures; Constitution In Crisis; Donald Trump Versus The Constitution; Syria; Trump Ego; Wars, Add Tags
Add to My Group(s)
Go To Commenting
The views expressed herein are the sole responsibility of the author and do not necessarily reflect those of this website or its editors.