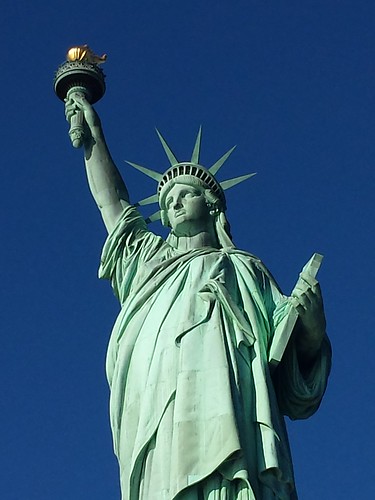 If you keep moving towards a particular destination, then eventually, despite delays, distractions and denials, you will arrive there. With this in mind, we need to consider where current trends are taking our nation. To me, the outcome might be called "Confederacy 2.0".

The practical authority of the federal government is being challenged to a degree not seen since the Civil War. Overcoming the marijuana prohibition by states is nullification in real terms. Then there are efforts to secure hemp production (Rhode Island) or decriminalize all illegal drugs (Oregon) or ignore federal food-safety regulations (Maine) or undermine climate-change inaction by reaching out to other nations (California) or restoring net neutrality (Washington state). Recent examples of "interposition" have emerged in which state officials shield illegal immigrants from capture by federal authority -- the sort of thing that preceded secession in our past.

Would some states "nullify" if abortion was blocked by Congress (NYS Constitution)? Or would others refuse future federal orders about gun control (Missouri legislature)? How about surveillance issues or aspects of the NDAA that suggest future martial law (Idaho House)? The trends by states are already there, for better or worse.

The end of the American Dream and projected trillion-dollar deficits coupled with deep political polarization suggest that our central government will lose much of its "soft power" to control the nation. Additionally, both political parties are damaging the very legitimacy of federal elections -- blaming outcomes they don't like on supposed non-citizens voting or sketchy foreign meddling (although Saudis and Israelis are given a 'free pass'). Ironically, our political system seems to be thereby achieving the very mass distrust allegedly engineered by Russia!

Bad marriages don't always end in divorce. Sometimes, partners stick together in name only, enduring the misery (and discreetly "seeing other people"). This may be a model for the future USA even if outright secession never happens -- and it does no good to argue points of law about what the Constitution allows when the Bill of Rights is so casually disrespected -- by colleges, courts and both parties, each in their own way. This is about what states or even parts of states can get away with, regardless of what the Supreme Court says (as has happened with marijuana). It is also about the centrifugal forces that can tear a nation apart when seeking greedy partisan advantage overwhelms all else. There was a time when our nation achieved Voting Rights, Civil Rights and Medicare as a nation -- things that appear impossible today.

If de facto "Confederacy 2.0" seems implausible to you as a future of broken federal authority, then what will overcome the challenges that will cause it? Will we deeply unite as citizens, live within our means and stop flirting with collapse as an unsustainable global empire? Will we stop the erosion of a common national culture, secure our borders with compassion and maintain the historical standards of citizenship? (Do you believe in miracles?)

It might be the least bad outcome that we can realistically hope for. Find a nice state and move there.

Good Luck to us all.

An eclectic observer and amateur futurist. A compassionate adult with a high functioning autistic teenage past.

Related Topic(s): Future; Government; Nullification; Power; Secession, Add Tags
Add to My Group(s)
Go To Commenting
The views expressed herein are the sole responsibility of the author and do not necessarily reflect those of this website or its editors.

Could Vladimir Putin Save The United States?