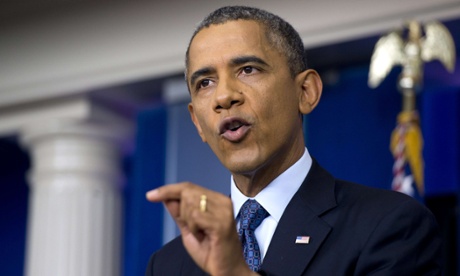 It's hardly news that the Obama administration is intensely and, in many respects, unprecedentedly hostile toward the news-gathering process. Even the most Obama-friendly journals have warned of what they call "Obama's war on whistleblowers." James Goodale, the former general counsel of the New York Times during its epic fights with the Nixon administration, recently observed that "President Obama wants to criminalize the reporting of national security information" and added: "President Obama will surely pass President Richard Nixon as the worst president ever on issues of national security and press freedom."

Still, a new report released today by the highly respected Committee to Protect Journalists -- its first-ever on press freedoms in the US -- powerfully underscores just how extreme is the threat to press freedom posed by this administration. Written by former Washington Post executive editor Leonard Downie, Jr., the report offers a comprehensive survey of the multiple ways that the Obama presidency has ushered in a paralyzing climate of fear for journalists and sources alike, one that severely threatens the news-gathering process.

The first sentence: "In the Obama administration's Washington, government officials are increasingly afraid to talk to the press." Among the most shameful aspects of the Obama record:

"Six government employees, plus two contractors including Edward Snowden, have been subjects of felony criminal prosecutions since 2009 under the 1917 Espionage Act, accused of leaking classified information to the press -- compared with a total of three such prosecutions in all previous U.S. administrations. Still more criminal investigations into leaks are under way. Reporters' phone logs and e-mails were secretly subpoenaed and seized by the Justice Department in two of the investigations, and a Fox News reporter was accused in an affidavit for one of those subpoenas of being 'an aider, abettor and/or conspirator' of an indicted leak defendant, exposing him to possible prosecution for doing his job as a journalist. In another leak case, a New York Times reporter has been ordered to testify against a defendant or go to jail."

It goes on to detail how NSA revelations have made journalists and sources petrified even to speak with one another for fear they are being surveilled:

"'I worry now about calling somebody because the contact can be found out through a check of phone records or e-mails,' said veteran national security journalist R. Jeffrey Smith of the Center for Public Integrity, an influential nonprofit government accountability news organization in Washington. 'It leaves a digital trail that makes it easier for the government to monitor those contacts,' he said."

Please go to The Guardian to read the rest of this article.

Along with David Miranda, I testified yesterday before a Committee of the Brazilian Senate investigating NSA spying, and beyond our latest revelations about economic spying aimed at Brazil, one of the issues discussed was the war on press freedoms being waged by the US and UK governments to prevent reporting of these stories. The Guardian, via Reuters, has a two-minute video with an excerpt of my testimony on that issue.

Related Topic(s): Freedom Of The Press; Issues; Obama Administration; Obama Effect; Reporters; Whistleblowers-ing, Add Tags
Add to My Group(s)
Go To Commenting
The views expressed herein are the sole responsibility of the author and do not necessarily reflect those of this website or its editors.