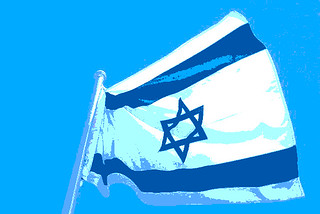 It was bound to happen -- an attempt by the U.S. Congress to sanction the attacks on the Boycott, Divestment and Sanctions movement already taking place in some states and municipalities. The strategy is to legitimize an increasingly standard approach to undermining the boycott of Israel, an approach wherein the investment of any state funds, including pension funds, in any business or organization that boycotts the Zionist state is forbidden.

Bipartisan pairs of senators -- Mark Kirk (R-IL) and Joe Manchin (D-WV) -- and Congressional Representatives -- Robert Dold (R-IL) and Juan Vargas (D-CA) -- introduced into both houses the "Combating BDS Act of 2016" (S.2531 and H.R.4514). We can be sure that all four of them are doing this at the coordinated behest of Zionist special interests to which they are financially tied. In other words, acting in their official capacity, their behavior on things that touch on Israel-Palestine is a payback for money and other forms of assistance offered by the Zionists to facilitate the politicians' elections and reelections. Sadly, this is the way the U.S. campaign system works. Unless you are very wealthy, you are constantly scrounging for money. Under such circumstances one's pathway to success is made easier if you don't know the difference between ethics and your elbow.

Our four sponsors of the "Combating BDS Act" would, of course, deny any such tainted motives. Rather, they would insist that theirs is an effort to weigh in against anti-Semitism and defend the integrity of the "only democracy in the Middle East." If they really believe this is so, the kindest thing that can be said for these legislators is that they are profoundly ignorant about Israel and its true character. It is also possible that they know the truth about their patron, but really don't care. It is all about the money.

For instance, are Senators Kirk and Manchin and Representatives Dold and Vargas aware that the Israeli legislature, the Knesset, recently voted down a bill to include the principle of equality among citizens in the wording of the country's "Basic Law" on Human Dignity and Liberty? Basic Laws stand in for a constitution in Israel. The bill was introduced by one of the few Arab-Israeli MKs (members of the Knesset), Jamal Zahalka, who noted that "All constitutions in modern countries begin with stressing the principle of equality amongst their citizens."

That did not matter to a majority of the Knesset who, following inherently discriminatory Zionist ideals, do not believe in equality between Jewish and non-Jewish citizens. Yet to Israel's supporters in Washington the Zionist state remains a "democracy" much like the United States. Such an unquestioning assumption, so wide of the mark, displays a level of closed-mindedness that ought to require intensive remedial critical-thinking training before allowing someone to stand for office.

Are Senators Kirk and Manchin and Representatives Dold and Vargas aware that the Knesset "Ethics Committee" has suspended three Arab-Israeli MKs, including Mr. Zahalka, from participating in legislative sessions because they met with families whose members had been killed while violently resisting Israeli occupation? The aim of the meeting was to assist the families in recovering from Israeli authorities the bodies of their slain relatives.

In order for the action of the Arab MKs to make sense to most Israeli Jews and their Zionist supporters abroad, there has to be recognition of the historically established fact that the occupation of Palestinian land is real. This the Zionists will not do, and apparently, part of their deal with the U.S. politicians in Congress is that they too must echo that same denial.

Are Senators Kirk and Manchin and Representatives Dold and Vargas aware that the respected human rights organization Amnesty International has recently released a report accusing Israeli forces of using "intentional lethal force" against Palestinians in situations where such force was "completely unjustified"? Amnesty spokesman Philip Luther asserted that the Israelis had "ripped up the rulebook" by "flouting international standards" when it came to the use of force. For the politicians in Washington who have made their pact with the Zionists, such behavior, if noted at all, is rationalized as self-defense on the part of the Israelis. However, suppression of resistance to illegal occupation cannot not be judged self-defense either legally or logically. Who in Congress is aware of the Fourth Geneva Convention?

There are many other practices and policies of the State of Israel that must be ignored (including Israel's support of al-Qaeda in Syria) if Senators Kirk and Manchin and Representatives Dold and Vargas are to carry on with clear consciences. But this might be based on a false assumption that these politicians have a conscience to which they pay attention. After all, our system of politics, which all but demands submission to special interests, may well select for amoral personalities.

The apparent indifference of Senators Kirk and Manchin and Representatives Dold and Vargas goes beyond Israel's flouting of international law. It carries over to these politicians' own disregard for the U.S. Constitution, which each gentleman has sworn to uphold.

Ever since the early 1980s the Supreme Court has regarded domestically initiated boycotts as a legitimate form of political speech. There is little excuse for our four defenders of Israel not to know this. And what are we to say of them if they do in fact know? Only that they, like their patrons, are willing to "rip up the rulebook." They are willing to act as if what is unconstitutional is, after all, acceptable when it protects the interests of a foreign rogue state on whose payroll they happen to be. Just how long can they get away with this? Is the answer really just as long as the Zionist money keeps coming?

Congressmen and senators tied to Zionist special interests will eventually have to rethink these alliances. Their connection with a state that has no compunction about violating international law has led them to become accomplices in the undermining of U.S. law. Thus, the actions of politicians such as Kirk, Manchin, Dold and Vargas act as a barometer indicating the degree to which under-regulated special interests have corrupted the U.S. government. Those involved are walking a path that can lead only to on-going ethical decline and policy failures.

Related Topic(s): Bds Campaign; Israel; Money; Politicians; Rights; Zionists, Add Tags
Add to My Group(s)
Go To Commenting
The views expressed herein are the sole responsibility of the author and do not necessarily reflect those of this website or its editors.