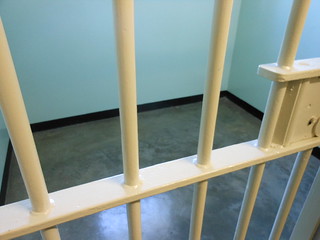 The Charles Colson Task Force on Federal Corrections recently announced six recommendations for changes to federal Bureau of Prisons (BOP) policies that would "correct the country's overreliance on incarceration." The Congressionally-mandated task force is made up of former congressmen, former federal judges, and prison reform activists, among others, and is named after Nixon-era Watergate conspirator Charles Colson, who served seven months in a federal prison in the 1970s and then dedicated his life to prison reform. Its proposed recommendations would save the BOP $5 billion and would cut the federal prison population of 196,000 prisoners by 60,000.

The recommendations are common-sense solutions to prison overcrowding and to the draconian sentencing that has taken hold in federal courts across the country.

First, the task force said, "At sentencing, the federal system should reserve prison beds for those convicted of the most serious federal crimes.... This goal cannot be achieved without addressing mandatory minimum drug penalties -- the primary driver of BOP overcrowding and unsustainable growth."

The task force is right. The Pew Charitable Trusts found in a recent study that "nine in 10 federal offenders received prison sentences in 2014, up from less than half in 1980, as the use of probation steadily declined." Despite the ballooning number of cases in that time, 2014 saw 2,300 fewer probation sentences than 1980.

Second, the task force recommended that "the federal Bureau of Prisons should promote a culture of safety and rehabilitation and ensure that programming is allocated in accordance with individual risk and needs." Unfortunately, this is just a bad joke in the BOP. Nobody is "rehabilitated." There is no training and no education beyond a GED degree. Prison "Education" departments are nothing more than prisoners teaching other prisoners to read. There is no budget for vocational training. So when a prisoner is finally released, he goes back to his old neighborhood broke, uneducated, and untrained. This is nothing more than a recipe for failure and recidivism.

Third, the task force noted that "Throughout the prison term, correctional policies should incentivize participation in risk-reduction programming." In other words, prisoners should be encouraged to "participate in rehabilitative programs to achieve sentence credits, and a second-chance provision should be used to ensure judicious use of incarceration and encourage rehabilitation." That's great. But there is no budget for such incentives in the BOP, and nobody is receiving rehabilitation or training in anything. Even worse, there's no stomach in Congress for such a program.

When I was released after serving nearly two years in prison for blowing the whistle on the CIA's torture program, I had to spend three months reporting to a halfway house in Washington DC. This halfway house, Hope Village, colloquially known as "Hopeless Village" or "Abandon all Hope Village," was supposed to help me "reintegrate into society" and find a job, among other things. In fact, the only job posted on the "jobs board" was for a dishwasher position at Fuddruckers in Washington. And that was for something like 140 recently-released prisoners. The bottom line is that post-release help is nonexistent. And neither the Justice Department nor the Congress has the guts to do anything about it.

Fifth, the task force found that "The federal criminal justice system should enhance performance and accountability through better coordination across agencies and increased transparency." Great idea. But it made me laugh out loud. The BOP famously is a dumping ground for people who simply can't cut it in law enforcement, the military, or anywhere else in government. Indeed, Dr. Peter Moskos, a professor of criminal justice at John Jay College and a former Baltimore detective said in his book In Defense of Flogging that the BOP is little more than an employment agency for otherwise unemployable, semi-literate, rural white men. He's right. The Colson task force notwithstanding, saying that the BOP needs enhanced performance and greater accountability is stating the obvious. And it's like speaking to a wall.

Finally, the task force said, "Congress should reinvest savings to support the expansion of necessary programs, supervision, and treatment." As Prison Legal News pointed out, "It is currently difficult for the U.S. Department of Justice (DOJ) and the Bureau of Prisons to devote sufficient resources to programming when federal prisons are overcrowded and require funds to be diverted from other DOJ agencies to the BOP."

The BOP accounts for fully a quarter of the Justice Department's budget. And without immediate reforms, it will require even more money. That's money down the drain, not money for education, rehabilitation, or preventing recidivism. Until reforms are implemented, beginning with the Colson task force reforms, the government will remain mired in a culture of overincarceration and a failure to rehabilitate anybody. But that's not up to the Justice Department. It's up to Congress. And until there is real leadership on criminal justice reform, nothing will change.

Related Topic(s): Congress; Prison Reform; Prisoners; Rehabilitation, Add Tags
Add to My Group(s)
Go To Commenting
The views expressed herein are the sole responsibility of the author and do not necessarily reflect those of this website or its editors.