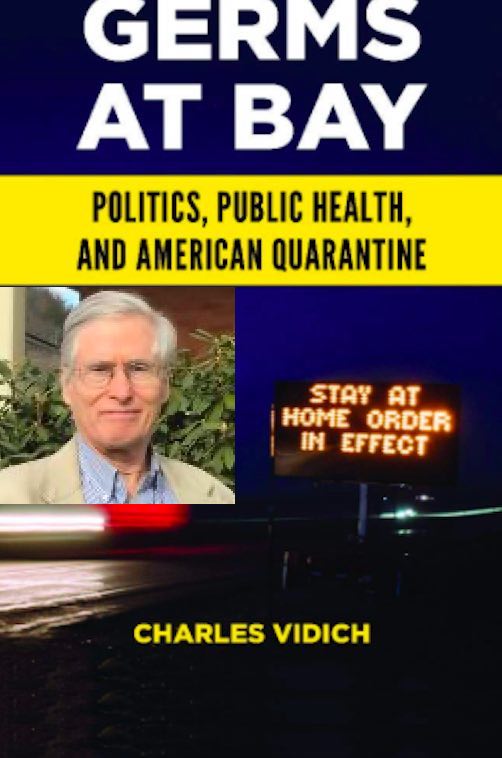 As the US confronts both a political crisis of presidential succession and a worsening pandemic, it might be instructive, though perhaps not comforting, to learn that we've been here before.

In the period between the 1773 Boston Tea Party up through the start of the American Revolution with the battles of Lexington and Concord and on into late 1775, the citizens of Boston were under the thumb of a tyrannical autocrat, Gen. Thomas Gage, a leader who not only closed off economic life by shutting down Boston harbor as punishment for the city's acts of rebellion, but also ignored a worsening smallpox epidemic, preventing local authorities from taking action to contain it.

Recounting that historic time of political and medical crisis, Charles Vidich, author of a forthcoming book Germs at Bay: Politics, Public Health & American Quarantine (Praeger, 2021), on the history of quarantines in America dating back to the early colonial era, notes that Gage's unwillingness to heed experienced local authorities about the dangers of not dealing with smallpox led to public anger, contributed to the support in Boston for the growing insurgency against British rule, and ultimately undermined his ability to resist the uprising. Indeed the widespread smallpox epidemic in Boston quickly infected to his own Redcoat garrison in their cramped barracks in the city because of his mismanagement, diminishing the forces he had available.

Does this tale of an autocratic ruler brought down nearly two and a half centuries ago by his own ego and his failure to take advice in confronting an epidemic sound oddly familiar?

It might appear that Vidich has shown an amazing sense of timing. His book after alll is set to come out on Jan. 31, just as the Coronavirus pandemic could be peaking, and only days after a newly inaugurated president will successfully oust from power an autocrat who like Gen. Gage, has ignored a virulent disease and who has obstinately continue to refuse to concede his loss.

Actually, Vidich, who was incident commander for the US Postal Service's Unified Incident Command Center during the Anthrax attacks in 2001-2, and who in his work at the USPS worked closely with the CDC, EPA, OSHA and the US Army Medical Research Institute of Infectious Diseases, says he has been researching his book for more than a decade, much of that time as a research scholar at Harvard. The book's timing, he insists, was just serendipity. We are however, fortunate to be getting access to this beautifully written and well researched and documented book at a time when we most need to learn from it.

Vidich, who holds a PhD in Public Health from Harvard, surveys the ongoing disaster of the Trump Administration's handling or rather lack of or mishandling, of the pandemic, says, "The US has certainly suffered from a failure in leadership, but there are many things that went wrong, including a mistaken belief among many in the health policy field that we'd really conquered epidemics so funding for preparedness could be cut back and cut back""

Related Topic(s): Biden Won; Pandemic; Quarantine; Trump, Add Tags
Add to My Group(s)
Go To Commenting
The views expressed herein are the sole responsibility of the author and do not necessarily reflect those of this website or its editors.