Reprinted from The Hill 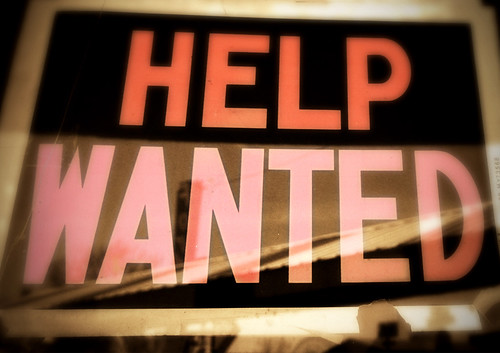 Hillary Clinton should seek a mandate to lead the nation by vowing that if she is elected president, on the morning after the election she will instruct her transition team to meet with all interested parties and seek passage of legislation by her first day in office to create 5 million new high-wage jobs to rebuild America.

Proposals to rebuild America's road, bridges, ports, schools and other key aspects of our infrastructure have been around for many years. These plans have won widespread support from big business, small business and organized labor. Various means to accomplish this crucial objective have been discussed and debated at length during the last five years and the time for action is long overdue.

Labor Day is coming, and shortly thereafter the presidential debates. What better time for the candidate who seeks to inherit the mantle of Roosevelt and Kennedy to stake out a true and powerful leadership role on the all-important matter of creating jobs?

The jobs numbers released by the Bureau of Labor statistics today, which were moderately disappointing, reveal exactly why the American people are so unhappy with official Washington.

The most important and underestimated number in these jobs reports is what is called U-6 -- it's the most accurate indicator of the state of employment in America. The U-6 number includes those who are jobless, those who have become so depressed they have given up looking for jobs, and those who want full-time work and are forced to take only part-time work because of the weakness of the jobs market.

In the latest jobs report, the U-6 number remained at 9.7 percent. This means that almost 10 percent of the entire nation is either unemployed or dramatically underemployed. And to understand the economic and political impact of the U-6 number we should remember that the economic pain felt by those who account for this figure is also felt by their husbands, wives, sons and daughters which accounts for a good part of the political anger directed against Washington today.

The presidential campaign of 2016 has become a cesspool of negative attacks and empty talking points that have further alienated Americans from our political system. It is no secret that the two major party nominees for president both suffer from abnormally low ratings of approval and trust. Nor is it a secret that the favorable ratings for Congress are also so low that there is a huge public revulsion against Washington and the way Washington does -- or does not do -- the business of the people.

If Clinton is elected president in November, based on the campaign we have witnessed, she will have no clear mandate except that she is not Donald Trump. She will assume office with dangerously high levels of public distrust and disapproval that would not augur well for any president-elect or president.

It would make her more likely to be elected president, and more capable of governing effectively as president, if Clinton would take a true leadership position on the central issue of creating jobs. She should vow to push for passage of a Rebuild America plan with congressional Democrats and Republicans, business leaders, labor leaders and economists not in her first hundred days in office but in her first hundred minutes in office.

As my kindergarten teacher, whose name was coincidentally Mrs. Kennedy, taught us: it can be done!

The idea of creating high-wage American jobs to rebuild America has been around for years. The issues and options are well known. Business supports it. Labor supports it. The voters want it. Our leaders can do it. It can be done!

There would be ample opportunity to share the credit.

President Obama would receive credit for beginning his presidency with the great accomplishment of lifting the nation out of the economic crash he inherited and ending it with a defining bipartisan achievement of a massive jobs program to rebuild America.

Republican and Democratic leaders and members in Congress would receive credit for proving that both parties can indeed work together to serve the nation by creating the jobs.

Related Topic(s): Democrats; Hillary Clinton; Jobs, Add Tags
Add to My Group(s)
Go To Commenting
The views expressed herein are the sole responsibility of the author and do not necessarily reflect those of this website or its editors.