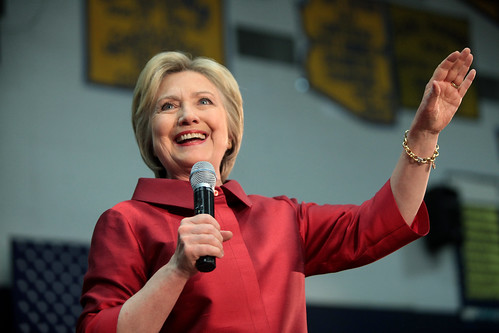 Word is that Democratic presidential candidate Hillary Clinton will announce her vice presidential choice on Friday, and rumors that she's going with a "safe" pick should worry Democrats. In this political climate, a search for "safety" could put her candidacy in serious danger.

Change vs. the Status Quo

The GOP chose Mike Pence as its vice presidential nominee in part because his extremist views will reassure the Republican base. Pence is also a seasoned politician whose nomination is meant to reassure voters who worry that presidential nominee Donald Trump has no experience in statecraft or governance.

(Note to readers: Yes, I just used the words "Trump" and "statecraft" in the same sentence. It feels as strange to me as it does to you.)

Clinton's needs are different. She has to energize and excite the Democratic base, along with millions of millennials who have never voted. She needs to bring excitement, and a sense of the new, to a campaign conspicuously lacking in those qualities.

Voters remain deeply dissatisfied with the status quo. Clinton's biggest problem, and the greatest threat to her candidacy, is the fact that she's seen as the candidate of the status quo.

Boring Is as Boring Does

That's one reason why "safe" picks like Tim Kaine, Mark Warner, or Tom Vilsack are so dangerous. Former Iowa governor and current Secretary of Agriculture Vilsack has been described as "boring." So has Virginia's Kaine, who acknowledged the fact but added that "boring is the fastest-growing demographic in this country."

That's a good line. Unfortunately, by her own admission, Hillary Clinton is "not a natural politician," which means that this particular demographic may already be represented on the ticket.

Kaine and Vilsack have forged bland political profiles that lack progressive fire or conspicuous leadership. Both supported the Trans-Pacific Partnership (TPP), the latest in a series of job-destroying and corporation-empowering trade deals. So did Virginia Sen. Mark Warner.

Clinton claims to oppose the TPP, but she has a credibility challenge on the subject. She helped negotiate the deal as secretary of state and frequently spoke in favor of it before running for president. Prospects like Kaine, Vilsack, and Warner are liabilities for a ticket that must confront Trump's faux populism on trade.

Warner is also a longtime advocate for destructive budget cuts. He backed the unpopular and impractical "Bowles-Simpson" fiscal plan that included cuts to Social Security, pushed austerity economics measures as part of the Senate's misguided and self-promoting "Gang of Six," and even urged business elites to get more involved in politics -- at a time when we need campaign reform to reduce their political power.

That may be an effective way to flatter rich donors, but it is a poor way for a Democrat to win votes in 2016.

Related Topic(s): Democratic; Hillary Clinton; Millennials; Politics; Vice President, Add Tags
Add to My Group(s)
Go To Commenting
The views expressed herein are the sole responsibility of the author and do not necessarily reflect those of this website or its editors.