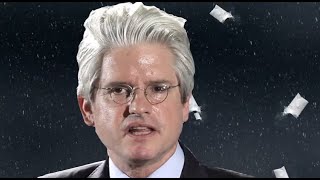 NBC News has published an op-ed by Republican political strategist-turned Clinton adviser and Dem strategist David Brock titled "Bernie Sanders' fans can't be allowed to poison another Democratic primary with personal attacks -- Bashing Beto O'Rourke (and every other Democrat) doesn't help liberals' cause in 2020. It only helps Trump." The article explicitly blames Hillary Clinton's loss to Donald Trump on supporters of Bernie Sanders who criticized her during the primary, and makes it clear that such criticisms must be forcefully and aggressively fought against this time around.

"I'm hardly the only political observer who blames Hillary Clinton's general election defeat to Donald Trump in part on personal attacks on Clinton first made by Sen. Bernie Sanders, I-Vt., and his backers," Brock's article begins. "Those attacks from her left laid the groundwork for copycat attacks lobbed by Donald Trump and, in the process, helped hand the Supreme Court to the right-wing for a generation."

Citing no evidence, Brock goes on to accuse journalists and social media users of staging a "coordinated effort" to "attack" Beto O'Rourke and other presidential hopefuls, as though coordination would be necessary for criticisms and questions to emerge about the voting records and campaign donations of public officials seeking the highest political office on the planet. The implication, of course, is that no criticisms of any kind should be leveled at Democratic presidential primary contestants, leaving narrative-shaping authority solely in the hands of the plutocratic media and beltway manipulators like David Brock.

Brock concludes his screed as follows:

"In 2016, I ran a pro-Hillary SuperPAC which attempted to defend the candidate against false attacks, many of which came from or originated to her left. Though they were hardly in charge of our messaging, it was made very clear to us by our allies at her campaign headquarters that any efforts on our part to push back against the left-wing anti-Clinton brigades were unwelcome assistance; they feared alienating Sanders' voters.

"That head-in-the-sand posture was ultimately self-defeating.

"Today, Democrats are rightly laser-focused on picking a winner in 2020, and the stakes are just too high to let bad faith actors whose real aim is to smear Democrats as no different than Republicans stage inter-party schisms. If Sanders decides to run again this time, he should focus on policy and eschew character attacks on Democrats and admonish his supporters to do the same. Otherwise, they put the core values we all share at risk, yet again."

It is unclear what "character attacks" Brock is claiming Sanders made; the entirety of criticisms leveled by Sanders and the overwhelming majority of his supporters were directed at the policy decisions Clinton made in her political career and the shady places she took money from. What is clear is that the pro-Hillary SuperPAC he is referring to was the infamous "Correct the Record" troll operation, which employed literal shills to deceitfully pose as grassroots Hillary supporters online whose job was to attack anyone who criticized her. This despicable tactic was incalculably disruptive to online political discourse in 2016, and Brock clearly wants to implement a far more aggressive version of his operation in the 2020 primaries.

Let's be clear about what's going on here: this is a deliberate Dem Party effort to try to intimidate journalists & advocacy groups into not reporting on voting records & campaign donations. Wanna know why I rejected working for this guy? That's why. https://t.co/vFl0fps6sB

Related Topic(s): Bernie Sanders 2020; Clinton Campaign; David Brock; Democrats; Supporters, Add Tags
Add to My Group(s)
Go To Commenting
The views expressed herein are the sole responsibility of the author and do not necessarily reflect those of this website or its editors.