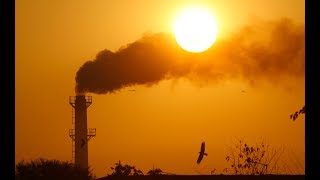 Barack Obama, speaking to the Baker Institute, made sure the audience of wealthy Texans, many in the oil business, gave him credit for making the United States a world leader for oil and gas production. He said, "American energy production...went up every year I was president. And...suddenly America's like the biggest oil producer, that was me, people," eliciting cheers.

Throughout this century, even though the climate science was clear, presidential leadership has escalated the dependence on oil and gas, built infrastructure for pipelines and compressor stations, encouraged fracking in the US and around the world and prevented a global response to reducing carbon gas emissions.

This dereliction of consistent misleadership has put the planet on a dangerous path of climate crisis. In a just world, the political and corporate leadership of the United States would be held accountable. As it is, leadership for confronting the climate crisis must come from the people, not from political leaders.

Obama's legacy confuses some people because, unlike President Trump, he did not deny climate change and, unlike President Bush, he did not come from the oil industry. But in reality, Obama watered down global climate agreements and grew oil and gas output and infrastructure in the United States.

As a newly elected president, Obama came to the Copenhagen climate summit in 2009 with the goal of weakening the agreement so there would be no internationally enforced reductions of climate gases. Ban Ki-moon, the UN general secretary, warned leaders that they held in their hands "the future of this entire humanity."

NSA documents leaked by Edward Snowden showed that the US monitored communications between countries before the summit, and planned to spy on the negotiations during the conference. The NSA knew of China's efforts to line up its negotiating position with India. Chinese negotiators entered the talks willing to undertake mandatory emissions cuts, but needed other major countries in the the developing world to agree. The US developed a strategy to stop China, indeed to make them the villain.

As the Copenhagen meeting was progressing, Obama, who had already "won" a Nobel Peace prize and was a political star as the first black president, flew to the meeting with Secretary of State Clinton. Obama and Clinton crashed a meeting of Chinese, Indian, South African and Brazilian leaders who were trying to agree on enforceable standards. The US made sure their agreement would not threaten US oil interests.

As a result of Obama's intervention, the accord set no target for concluding a binding international treaty, leaving the implementation of its provisions uncertain and fueling criticism that it was more of a sham than a breakthrough. US intervention stopped a collective agreement among nations to reduce greenhouse gas emissions by 50 percent by 2050, which was included in earlier drafts. Obama also successfully prevented adequate US funding for climate justice policies for poorer countries and scuttled the UN Framework Convention on Climate Change agreed on in 1992.

Obama undermined the UN climate process and became known as "the man who killed Copenhagen," said Greenpeace US head Phil Radford. Bill McKibbon said: "The president has wrecked the UN and he's wrecked the possibility of a tough plan to control global warming. It may get Obama a reputation as a tough American leader, but it's at the expense of everything progressives have held dear." At the time, the UN's Intergovernmental Panel on Climate Change (IPCC) warned that world emissions need to peak by 2015 to give any chance of avoiding a 2 C rise.

Obama declared a phony negotiating victory for the climate in Copenhagen and went on to make sure the Paris Accords also contained no enforceable standards, making it an inadequate treaty for the climate crisis. Climate scientist James Hansen called the Paris agreement a "fraud" of "worthless words."

Domestically, after running against "drill baby drill" Republicans, Obama governed in the era where fracking became widespread, off-shore drilling increased and massive oil and gas infrastructure were put in place. In 2012, Obama said, "We've opened up new areas for exploration. We've quadrupled the number of operating rigs to a record high. We've added enough new oil and gas pipeline to circle the Earth and then some." Obama fast-tracked the approval process for oil and gas infrastructure at a time when scientists were saying we should build no more carbon-polluting infrastructure. While he delayed portions of the high profile Trans-Canada pipeline, his administration approved the equivalent of 10 Keystone pipelines.

Under Obama, while there was a decline of 37% in coal production, gas production vastly increased by 34% due to fracking. Obama presided over the highest gas production in history and crude oil production rose by 88%, the fastest rate in the 150-year history of the U.S. oil industry. On the positive side, his tenure was also timed with big increases in solar and wind energy. Obama also deserves credit for putting in place fuel economy and emissions standards for cars.

Kevin Zeese is co-chair of Come Home America, www.ComeHomeAmerica.US which seeks to end U.S. militarism and empire. He is also co-director of Its Our Economy, www.ItsOurEconomy.US which seeks to democratize the economy and give people greater (more...)
Related Topic(s): Bush; Climate Crisis; Fracking; Obama; Oil; Pipeline; Pollution, Add Tags
Add to My Group(s)
Go To Commenting
The views expressed herein are the sole responsibility of the author and do not necessarily reflect those of this website or its editors.