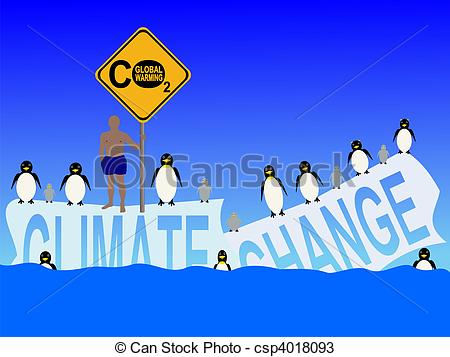 Nothing will escape climate change's ravages.

International borders, economies, food and water supplies, health, education, transportation, energy sources, are all predicted to change with the climate as the planet warms faster than scientists predicted.

Another casualty we can add to the list: democracy.

In what is being labeled "climate apartheid," the United Nations Special Rapporteur on Extreme Poverty and Human Rights, Philip Alston, warns climate change's impacts are likely to undermine democracy and the rule of law in addition to basic rights to life, water, food, and housing for hundreds of millions.

In a report to the UN human rights council (HRC), Alston criticizes countries, non-governmental organizations (NGO), businesses, even the UN itself for taking "patently inadequate" steps "entirely disproportionate to the urgency and magnitude of the threat," concluding "Human rights might not survive the coming upheaval."

To be formally presented to the HRC in Geneva on Friday, Alston's report echoes what climate scientists and sociologists have been arguing for years: the climate crisis' greatest impact will be toward the poor, as many will lose access to adequate food and water.

Developing countries are expected to shoulder about 75% of the costs despite the poorest half of the world's population being responsible for only 10% of carbon dioxide emissions.

"Climate change threatens to undo the last 50 years of progress in development, global health, and poverty reduction, yet democracy and the rule of law, as well as a wide range of civil and political rights, are every bit at risk. The risk of community discontent, of growing inequality, and of even greater levels of deprivation among some groups, will likely stimulate nationalist, xenophobic, racist and other responses. Maintaining a balanced approach to civil and political rights will be extremely complex."

The "climate apartheid" scenario will occur when "The wealthy pay to escape overheating, hunger, and conflict while the rest of the world is left to suffer."

"When Hurricane Sandy wreaked havoc on New York in 2012, stranding low-income and vulnerable New Yorkers without access to power and healthcare, the Goldman Sachs headquarters was protected by tens of thousands of its own sandbags and power from its generator."

A recent, example happened this fall in California, where the historic and deadly Camp and Woolsey fires destroyed more than 100,000 acres and took at least 44 lives.

As middle-class and lower-income Californians saw their homes go up in smoke, their affluent neighbors, many celebrities, employed private firefighters to protect them and their mansions.

Last May, NBC published an article explaining how AIG insurance offers wealthy homeowners a "Wildfire Protection Unit" comprised of providing homeowners with flame retardants and AIG employees certified through state or local authorities who respond to fires and map homes in real time as wildfires approach.

Related Topic(s): Climate; Climate Change; Climate Crisis; Energy; Future; IPCC; Poverty, Add Tags
Add to My Group(s)
Go To Commenting
The views expressed herein are the sole responsibility of the author and do not necessarily reflect those of this website or its editors.