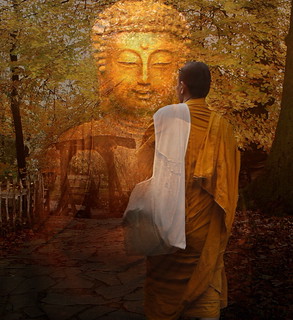 Duluth, Minnesota (OpEdNews) October 6, 2015: The presidential campaign of 2016 is now underway in the United States. But which candidates will move American voters to support them and vote for them?

In classical Athens, when distinctively literate thought was emerging in the philosophical thought of Plato, as Eric A. Havelock shows in his book PREFACE TO PLATO (1963), Plato's former student the philosopher Aristotle wrote a famous treatise on civic rhetoric. To move male citizens of Athens to take action, the civic orator, according to Aristotle, uses three appeals (1) logos, (2) pathos, and (3) ethos.

As comprehensive as Aristotle's discussion of those three appeals sounds, Newman's observation that the whole person moves sounds more holistic.

Perhaps we could say that those members of the audience who experienced pity and fear in response to seeing the live performance of tragedies had been involved in viewing the performances in a participatory way. Put differently, they had not yet fully digested the separation of the knower from the known that Havelock writes about so perceptively in his book PREFACE TO PLATO (1963).

When members of the audience were filled with pity and fear, perhaps we could say that the whole persons were moved.

In the book THE THEATER OF WAR: WHAT ANCIENT GREEK TRAGEDIES CAN TEACH US TODAY (2015), the director and classicist Bryan Doerries discusses his recent experimental uses of certain ancient Greek tragedies, using his own translations, to evoke cathartic responses in war veterans who are experiencing post-traumatic stress.

In any event, we can set up and work with the contrast of participation versus the separation of the knower from the known.

In the book HOW NATIVES THINK (1985), the French philosopher Lucien Levy-Bruhl writes about the sense of holistic participation that characterizes all of our human ancestors in primary oral cultures and in residual forms of primary oral cultures even after distinctively literate thought emerged in Plato and Aristotle in ancient Athens.

Now, in the Hebrew Bible we find the imperative instruction, "Hear, O Israel!"

Related Topic(s): Aristotle; Buddha; Culture; Liberals; Meditation; People; Plato; Spiritual; Spirituality; Spirituality; (more...) StoryTelling; StoryTelling; Therapy; Therapy, Add Tags  (less...)
Add to My Group(s)
Go To Commenting
The views expressed herein are the sole responsibility of the author and do not necessarily reflect those of this website or its editors.