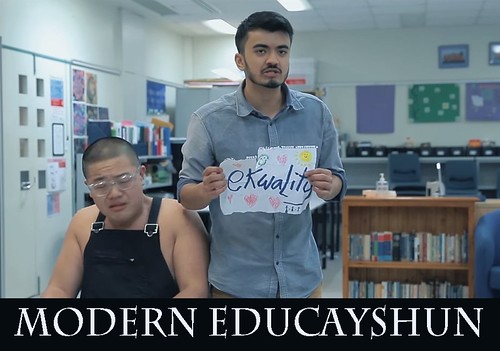 A number of readers have turned out to be excellent research assistants. In response to my articles, "The American Left: RIP," and the two follow-ups, "The Absurdities Mount" and "Goodbye Western Civilization," readers have supplied the following.

A white male professor of philosophy has discovered that in order to have an academic career in these days he must find "white privilege" everywhere. Professor John Caputo, according to this report, has found white male privilege in reason itself.

Reason, says Professor Caputo, "is a white male Euro-Christian construction." Since reason is white, reason is not neutral. It implies that what is not white is not rational. "So white is philosophically relevant and needs to be philosophically critiqued."

Professor Caputo ties into University of California professor Sara Giordano who defines science as a "colonial and racialized form of power" that "must be replaced with an anti-science, anti-racist, feminist approach to knowledge production."

I can't say that this would be all bad. This way we wouldn't have nuclear weapons and the frustrating digital age. But before I vote for it, I want to know what feminist science is. I have a disturbing feeling that it brings with it the genocide of the white heterosexual male. After all, if white heterosexual males are responsible for all the evil and ills of the world, how can we tolerate their existence?

The University of Oregon's Jewish president was prevented by students from giving an university address this month about free speech. Free speech, declared the student protesters, perpetuates "fascism and white supremacy."

Journalists seem to agree with the Oregon students. The European Federation of Journalists is leading a "Media against Hate" campaign against hate speech and stereotyping of illegal immigrants. In other words, any European who protests his/her country being overrun by foreign invaders must be shut up. The scenario in The Camp of the Saints is now happening before our eyes.

A British university has blocked a professor's study of those who regret their transgender operation because it is politically incorrect and could damage the university's reputation. The study, the university said, would be "transphobic."

Police in England looking for the suspects who in a fist fight between feminist and transgender activists beat up a 60-year-old woman -- refuse to assign a gender to the suspects for which they are searching, as it would be politically incorrect. "We have to be very careful," said the Scotland Yard spokesman.

Now even Halloween is under attack. A Massachusetts elementary school has banned Halloween for not being "inclusive enough." Instead the school will let the kids celebrate "black and orange day."

If you permit your daughter to wear a Halloween costume such as Disney's Moana, you are encouraging your daughter's "white privilege." If you allow her to costume as Cinderella, you are reinforcing sexism.

Now we have the transgendered in kindergarten.

Do you think a country as screwed up and divided as the United States is capable of standing up to Russia, China, and Iran? If not, what insanity is causing Washington to provoke these capable, determined and united countries?

Related Topic(s): American Education; White Male Privilege; White Supremacy, Add Tags
Add to My Group(s)
Go To Commenting
The views expressed herein are the sole responsibility of the author and do not necessarily reflect those of this website or its editors.