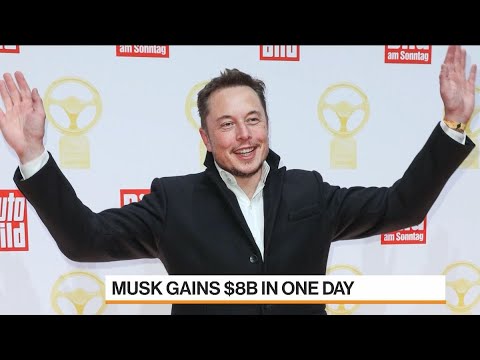 The problem isn't only that Elon Musk has a net worth of about $100 billion when tens of millions of Americans are barely getting by. It's that he's made this money while treating his workers so badly. His wealth quadrupled during the four months Tesla forced all workers to take a 10 percent pay cut.

Musk initially dismissed worries about the coronavirus as "dumb" and speculated there would be "probably close to zero new cases" in the United States by the end of April. He was obviously wrong. But even in April, Musk was still at it, tweeting "FREE AMERICA NOW" in response to stay-at-home orders. The next day, on the company's earnings call, he called quarantine measures "fascist" and demanded that officials return people's "freedom."

In May, Musk reopened the company's factory in Fremont, California -- which employs about 12,000 people -- in direct defiance of county orders. His defiance won the support of President Trump. Workers on the production line piled into cars they were building, standing and sitting next to each other as they installed components. Employees say equipment was not wiped down between shifts.

Musk did tell workers that if they had reservations about working during a pandemic, they could remain home and take unpaid leave. But after county officials finally agreed to allow Tesla to officially reopen, Tesla fired workers who continued to take unpaid leave -- even as Covid-19 cases continued to rise.

For years, Tesla workers have complained about high injury rates as a result of the company making them work long hours on machinery that isn't safe. They've also complained about low wages: Tesla employees are paid less than other employees in the auto industry. Not incidentally, Tesla is the only large US automaker without a unionized workforce.

Last year, a California judge ruled that Musk and other company executives were illegally sabotaging employee efforts to form a union -- harassing workers passing out union pamphlets in the parking lot, banning employees from wearing pro-union T-shirts and buttons, repeatedly interrogating union organizers and eventually firing one of them, and distributing anti-union messages in tweets from Musk himself.

These are all unfair labor practices but there's no financial penalty for them. Tesla merely had to agree to stop it, hire back the fired employee, and pay lost wages. In other words, a slap on the wrist.

Musk makes a big deal about giving workers shares of stock in the firm. What he doesn't say is he's threatened to take away the stock if workers exercise their legal right to form a union -- which is itself an unfair labor practice.

At least 40 other workers' rights cases are pending against Musk and Tesla. Two former Tesla security employees have filed whistleblower complaints charging, among other things, that Tesla spied on workers. Another former employee alleges the company ignored black employees' reports of rampant racism. And on and on.

We're back to the excesses of the Gilded Age, and Elon Musk is a modern-day robber baron.

Related Topic(s): Cars; Citizens; Earnings; Racism; Tesla; Workers, Add Tags
Add to My Group(s)
Go To Commenting
The views expressed herein are the sole responsibility of the author and do not necessarily reflect those of this website or its editors.