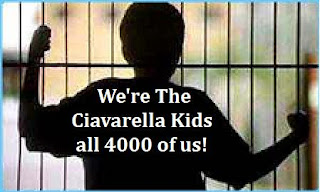 (Image by Unknown Owner)   Details   DMCA
/p> Progressives aren't perfect, but this situation sounded like something the oh-so-righteous side would do: sending kids to detention centers for profit. But I delved into the situation of former juvenile court judge Mark Ciavarella, who was convicted today of racketeering and extortion charges and received a shock when I read TWO searing accounts:


SCRANTON, Pa. -- A former juvenile court judge was convicted yesterday of racketeering in a case that accused him of sending youth offenders to for-profit detention centers in exchange for millions of dollars in illicit payments from the builder and owner of the lockups.
And this:

Maybe the Luzerne County Democratic Committee can explain these donations from former Judge Mark Ciavarella to their party during his retention campaign. Sitting judges should not be making political donations according to the judicial cannons.


And some of the donations were under the auspice of HIS OWN "retention committee"!
Now back to the real cause celebre:

Ciavarella insists that he is innocent of the "kids for cash" scheme, but has pleaded guilty to charges of racketeering. Over $2 million in bribes and extortion were culled by the former judge who sentenced kids to the juvenile detention centers built by his cronies.
Amidst all of the pleas of innocence in the "kids for cash" scheme, Ciavarella only admitted that he "neglected to report the payments on his tax returns and hid them from the public, but he denied any plot to take kickbacks or extort money." And while the trial wa strictly to concern itself solely with the aspect of bribes and extortion, the prosecutor did state that the kids were "pawns in a scheme to enrich himself."
Over 4000 convictions of young adults were dismissed when the state's Supreme Court ruled that Ciavarella had "complete disregard" of their constitutional rights. 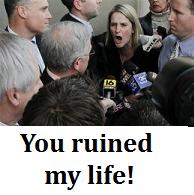 (Image by Unknown Owner)   Details   DMCA
You can listen to some of the testimonies of the young victims HERE.

The irony that the verdict was mixed and at Ciavarello was not immediately incarcerated and let go on his own recognisance was not lost on Sandy Fonzo, the mother of one of Ciavarello's victims:
"My kid's not here anymore!" yelled Sandy Fonzo, whose son committed suicide last year at age 23. "He's dead! Because of him! He ruined my ... life! I'd like him to go to hell and rot there forever!" Ciavarella glanced at Fonzo, then turned his back.

Fonzo's son, Edward Kenzakowski, was a 17-year-old all-star wrestler with no prior record when he landed in Ciavarella's courtroom for possession of drug paraphernalia. She said her son never recovered from the months he served at the detention centers and a wilderness camp.

The court also noted the amount of donations Ciavarella gave to the Democratic National Committe - presumably helping him to keep his elected position on the bench. Sentencing will be next month, and although Ciavarella could receive a sentence amounting to the rest of his life, sources say that he will receive the minimum: 12 1/2 years.
Ms. Fonzo would obviously like it to be a lot longer.

Two years ago, one comment about Ciavarello's donations to the Democratic Committee:

Rev. Dan Vojir is has been writing/blogging on religion and politics for the better part of ten years. A former radio talk show host (Strictly Books " Talk America Radio Network) and book publisher, Dan has connected with some of the most (more...)
Related Topic(s): Bribery Influence Peddling; Corruption; Extortion; Judge Mark Ciavarello, Add Tags
Add to My Group(s)
Go To Commenting
The views expressed herein are the sole responsibility of the author and do not necessarily reflect those of this website or its editors.