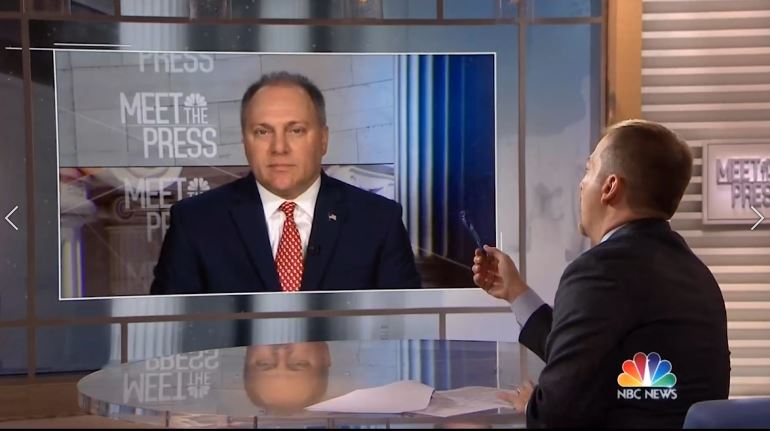 In another mainstream media fail, NBC's Chuck Todd allowed Congressman Steve Scalise to use the airwaves to change history. Unfortunately, while Todd and Scalise cannot fool activists, a large percentage of Americans will be.

Watch Steve Scalise take Chuck to the cleaners. It is as if he did not understand what was happening as he tried to be Steve's sort of 'political equal.'

The following is clear after watching the interview.

Chuck Todd left all those fallacies unchallenged. And in doing so to many, they are now truths. Maybe Todd should have read the Vox article that refutes everything Scalise had to say before conducting the interview.

As the American intelligence community gathered evidence through the summer of 2016 that Russia was responsible for the hacks of Democratic targets that resulted in the WikiLeaks dumps, President Barack Obama's administration briefed congressional leaders and sought to put out a bipartisan statement sounding the alarm about the Kremlin's efforts.

Chuck Todd once again allowed NBC's Meet The Press to be used as a medium of Republican misinformation without any attempt to push back on the fallacies. This behavior is not new but is one reason why Progressive Independent Media must remain on the watch.

Related Topic(s): Chuck Todd, Add Tags
Add to My Group(s)
Go To Commenting
The views expressed herein are the sole responsibility of the author and do not necessarily reflect those of this website or its editors.