Essay by security expert Professor Zhang Wenmu gives a glimpse of China's geostrategic outlook, from the 'Western Pacific Chinese Sea' to the far side of the moon 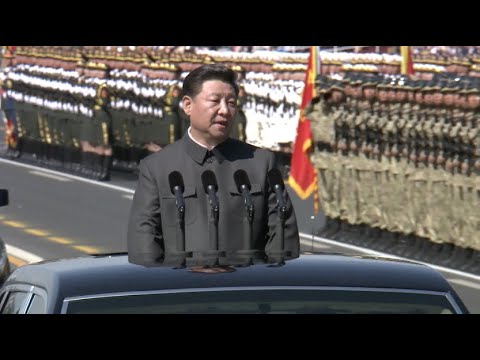 The top story of 2019 and the years ahead will continue to revolve around the myriad, dangerous permutations of the economic ascent of China, the resurgence of nuclear superpower Russia and the decline of the US's global hegemony.

Two years ago, before the onset of the Trump administration, I sketched how the shadow play might proceed in the New Great Game in Eurasia.

Now the new game hits high gear; it's the US against the Russia-China strategic partnership.

Diplomatic capers, tactical retreats, psychological, economic, cyber and even outer space duels, all enveloped in media hysteria, will continue to rule the news cycle. Be prepared for all shades of carping about authoritarian China, and its "malign" association with an "illiberal" Russian bogeyman bent on blasting the borders of Europe and "disrupting" the Middle East.

Relatively sound minds like the political scientist Joseph Nye will continue to lament the sun setting on the Western liberal "order," without realizing that what was able to "secure and stabilize the world over the past seven decades" does not translate into a "strong consensus ... defending, deepening and extending this system." The Global South overwhelmingly begs to differ, arguing that the current "order" was manufactured and largely benefits only US interests.

It's a full-time job to "channel" China into finding its "right" place in a new world order. What does the Chinese intellectual elite really think about all this?

An unparalleled road-map may be provided by Zhang Wenmu, national security strategy expert and professor at the Center of Strategic Studies of the University of Aeronautics and Astronautics in Beijing, who wrote an essay published in August 2017 in the Chinese magazine Taipingyan Xuebao (Pacific magazine), that was translated recently into Italian by Rome-based geopolitical magazine Limes.

"Geopolitics" may be an Anglo invention, arguably by Sir Halford Mackinder, but it has been studied in China for centuries as, for instance, "geographic advantage" (xingsheng) or "historic geography" (lishi dili).

Wenmu introduces us to the concept of geopolitics as philosophy on the tip of a knife, but it's mostly about philosophy, not the knife. If we want to use the knife we must use philosophy to know the limits of our power. Call it a Sino-equivalent of Nietzsche's philosophizing with a hammer.

As a geopolitical analyst, Wenmu cannot but remind us that the trademark Roman or British empires' "divide and rule" is also a well-known tactic in China. For instance, in early 1972, Chairman Mao was quite ready to welcome Richard Nixon. Later, in July, Mao revealed his hand: "One must profit from the conflict between two powers, that is our policy. But we must get closer to one of them and not fight on two fronts." He was referring to the split between China and the USSR.

Wenmu gets a real kick out of how Western geopolitics usually plays things wrong. He stresses how Halford Mackinder, the Englishman regarded as one of the founders of geostrategy, "influenced World War II and the subsequent decline of the British Empire," noting how Mackinder died only five months before Partition between India and Pakistan in 1947.

He destroys George Kennan's theory of the Cold War, "directly based on Mackinder's thinking," and how it led the US to fight in Korea and Vietnam, "accelerating its decline."

Even Zbigniew Brzezinski, the former US national security adviser, "saw the decline of the American empire," as he died recently, in May 2017. "In that moment, China and Russia gave life to a strategic collaboration always closer and invincible." Wenmu is positively gleeful. "If Brzezinski was still alive, I think he would see the 'great defeat' of the Western world the opposite of what he wrote."

Related Topic(s): Chinese Liberation Army; Chinese President Xi Jinping; Decline; Progress; Science; Strategic Goals; Yuan, Add Tags
Add to My Group(s)
Go To Commenting
The views expressed herein are the sole responsibility of the author and do not necessarily reflect those of this website or its editors.