President Xi Jinping has promised more than $23 billion in loans and aid to Arab states, as Beijing ramps up ties with the Middle East; this includes aid for Palestine; Beijing foresees importing a whopping $8 trillion from Arab states up to 2025 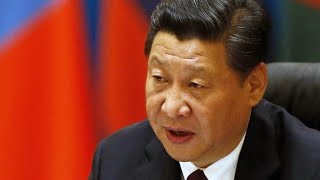 Under the radar, away from World Cup frenzy and the merger and acquisition of Cristiano Ronaldo Inc. and Fiat, the eighth ministerial meeting of the China-Arab States Cooperation Forum (CASCF), established in 2004, sailed on in Beijing, hosted by President Xi Jinping.

Amid the torrential pledge of loans and aid, China committed to invest right across the Arab world in transportation infrastructure, oil and gas, finance, digital economy and artificial intelligence (AI).

Significantly, Beijing will offer $15 million in aid for Palestinian economic development, as well as $91 million distributed among Jordan, Lebanon, Syria and Yemen.

A China-Arab bank consortium will be set up, with a dedicated fund of $3 billion tied up with the financial aid and loan package.

Beijing also foresees importing a whopping $8 trillion from Arab states up to 2025.

Predictably, once again Xi fully connected the whole Arab world with the expansion of the New Silk Roads, or Belt and Road Initiative (BRI).

And careful to navigate the geopolitical minefield, he urged "relevant sides" to respect the international consensus in the Israel-Palestine confrontation, calling for justice.

That may indicate a gradual, but sure departure from trademark Chinese passive or reactive policy across the Arab world, focused exclusively on energy and political non-interference.

Xi is now openly tying up Chinese financial aid and deals with nations across the Global South to an overall economic development drive; the only road map to solve intractable political and religious conflict.

And that includes full respect of international deals. As much as the Arab world, Iran is in Southwest Asia. A day before the China-Arab forum, Premier Li Keqiang, in Berlin, was warning of "unforeseeable consequences" if the Iran nuclear deal, known as JCPOA, were to be discarded, as the Trump administration wants.

Now compare the Chinese approach to the US strategy in Iraq -- 15 years after Shock and Awe.

The US Ambassador in Baghdad, Douglas Silliman, met with all the leaders of the winning Shi'ite bloc and parties in the latest elections -- from Haider al-Abadi to Ammar al-Hakim. Silliman delivered a unanimous package of demands to all of them, in an "offer you can't refuse" style.

These are Washington's four demands to recognize the next Iraqi Prime Minister:

1. 30% of all the oil in Iraq should be American-controlled -- and it's up to the US do what it wants with it.

2. Washington must have full access and control of Iraqi banks.

Related Topic(s): China Investment Corp; China Politics; China-arab States; Financial; Oil; Syria, Add Tags
Add to My Group(s)
Go To Commenting
The views expressed herein are the sole responsibility of the author and do not necessarily reflect those of this website or its editors.