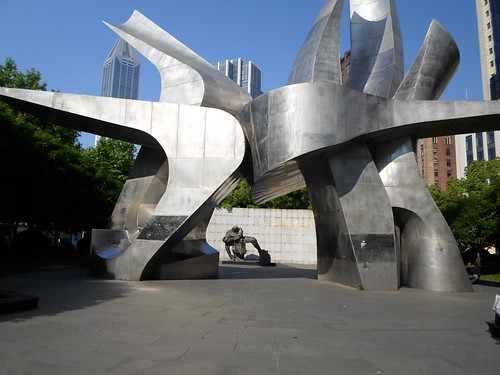 After the corona crisis, may the world be facing a monumental paradigm shift of power towards a more balanced civilization - more social justice and equity? The global almost total lockdown, chosen by most governments around the globe in response to mastering the Covid-19 crisis, devastated the world economy, as we know it - and hundreds of millions of lives. Was it necessary? Will there be a time when those responsible for this universal, scientifically unnecessary lockdown be held accountable?

The last six months, governments around the world have almost unilaterally committed an auto-destruction of their socioeconomic fabric and collectively of the global economy. It may never return to the "normal" of the times before COVID. That, per se, may not be a bad omen, though, as our pre-corona existence - especially in the west - was everything else but an ethical "normal".

Neoliberal economics have "normalized" greed, inequity, exploitation of people and depletion of resources. This was largely possible due to an ever more reckless ultra-capitalist globalization and privatization of everything - goods, services and assets through international corporatism and globalized private banking.

Global finance was - and still is to some extent - dominated by a fiat US-dollar system aiming at total control of the world's riches towards a global economic and resources hegemony, enforced by sanctions and confiscation of assets, coercing dissenting nations under the dictate of the United States and her western allies. The countries that did not cave in - Cuba, Venezuela, Iran, Syria, Yemen, North Korea - and not least, of course, China and Russia are relentlessly assailed.

The corona pandemic temporarily slowed western pressure on China and Russia, as it brought about an abrupt stop to world economic activities, causing a melt-down of assets, plunging stock markets by over 30 percent, creating untold bankruptcies, unemployment and human misery unrecorded in past history. The calamity may be far surpassing the Credit Crisis of 1772, the Great Depression (1929 - 1933) and the Financial Crisis of 2007 - 2009, possibly by orders of magnitude, once the dust settles and a more accurate accounting can take place. This may take months, if not years.

Estimates from the International Labor Office (ILO) now predict unemployment and underemployment may reach up to 2.0 billion people, worldwide, more than half of the globes total workforce, many of them living in precarious conditions well before the corona outbreak. The World Food Program (WFP) fears that hundreds of millions of people may be affected by famine and tens of millions may die. This is a somber base from which to look forward into - let's hope - a brighter future.

The silver lining of this dark corona cloud is that the dollar hegemony is coming to an end, and instead the world is presented with a wide-open window of new opportunities to stitch a social fabric that fits all or most of humanity - forging a new social contract towards creating a common future for mankind.

Salient Features under Globalization as We Know It

Economic development under unfettered globalized capitalism has in the past 70 years ravaged the globe and in the Global South has drastically increased inequality, injustice among peoples and nations. The Washington Consensus (1989) has given free reign for forging unequitable trade agreements which often undermined and even annihilated national sovereignties of poorer countries, for example, driving local farmers off their land by forcing subsidized western agricultural crops into their countries.

Globalization under the neoliberal concept has also brought privatization of everything, but especially of social services and infrastructure, destroying the peoples' accumulated asset base - shuffling social capital from the bottom to the top, to the western private banking sector and a few oligarchs, thereby destroying the little and often flimsy social safety nets poorer nations may have established - safety nets which would come in handy now with Covid-caused poverty skyrocketing. CNBC reports that America's billionaires added US$ 434 billion to their fortunes during the 3 months of U.S. lockdown between mid-March and mid-May 2020.

China's 1949 Revolution initiated by Chairman Mao presented a new concept of economic and social development, one that still holds as of today. After western devastation of China, it started wisely in building strength by seeking self-sufficiency in education, health and nutrition - and in eradicating poverty. The Chinese society worked and keeps working in a flux of constant creation - with natural ups and downs and trials and errors - but steadily advancing, learning - and succeeding which, in turn, motivates new creation, new achievements.

After reaching this first objective of basic autonomy, China opened her gates to the world to continue the harmonious flow of creating relationships for trade and investments, educational and cultural exchange and gradually moving into research and cutting-edge science to share with the world. It is the contrary of what the west is used to. It is cooperation instead of competition. A concept hardly understood in the profit-driven capitalist west.

The idea of cooperation in economic development coupled with an endless flow of creation - avoiding conflicts and moving forward, a solid Tao principle - has grown China to where she stands today - becoming the world's second largest economy, after starting practically from zero only 70 years ago. China is a vivid example of socialist success. Or, as the Chinese would say, "socialism with Chinese characteristics". A nation that never seeks conflicts or invasions of other countries, but strives for partnerships and peaceful cohabitation. This worries the west, especially the self-declared US empire.

Peter Koenig is an economist and geopolitical analyst. He is also a water resources and environmental specialist. He worked for over 30 years with the World Bank and the World Health Organization around the world in the fields of environment and water. He lectures at universities in the US, Europe and South America. He writes regularly for Global Research; ICH; New Eastern Outlook (NEO); RT; Countercurrents, (more...)
Related Topic(s): China; China New Silk Roads; China Russia Alliance; China Top Economy 2030; Corona Virus Coronavirus Covid-19; Dollar; Globalization; Yuan, Add Tags
Add to My Group(s)
Go To Commenting
The views expressed herein are the sole responsibility of the author and do not necessarily reflect those of this website or its editors.