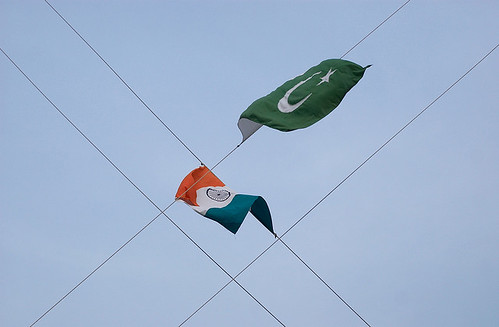 China on Tuesday (August 6) expressed serious concerns over the current situation arising out of Indian decision to strip Kashmir of its special status.

Foreign Ministry Spokesperson Hua Chunying said in a statement: "China is seriously concerned about the current situation in Jammu Kashmir. China's position on the Kashmir issue is clear and consistent. It is also an international consensus that the Kashmir issue is an issue left from the past between India and Pakistan. The relevant sides need to exercise restraint and act prudently."

"In particular, they should refrain from taking actions that will unilaterally change the status quo and escalate tensions."

China called on both India and Pakistan to peacefully resolve the relevant disputes through dialogue and consultation and safeguard peace and stability in the region.

The Chinese government also criticized India's decision to bifurcate the state of Jammu and Kashmir.

The Chinese Ministry of Foreign Affairs said it was opposed to the move because Beijing's claims to part of the disputed territory were included in the Indian-administered region.

"China is always opposed to India's inclusion of the Chinese territory in the western sector of the China-India boundary into its administrative jurisdiction," spokesperson Hua Chunying said.

"Recently India has continued to undermine China's territorial sovereignty by unilaterally changing its domestic law," she added. "Such practice is unacceptable and will not come into force."

India and China have an ongoing border dialogue between special representatives. The dialogue covers the entirety of the nearly 3,500-kilometer-long LoAC, which also extends to the east, where the two countries have a dispute over Arunachal Pradesh, which India administers as a state, but China claims in nearly its entirety as part of Tibet.

Tensions between China and India have periodically flared along their 4,000km (2,485-mile) border, resulting in a brief war in 1962. Beijing and New Delhi have made efforts to repair their relations since a tense stand-off two years ago at the Doklam plateau, which is claimed by India's Bhutan.

When I talk about J&K, PoK, Aksai Chin are included in it: Indian Home Minister

A day after the Modi government scrapped special status to Jammu and Kashmir by modifying Article 370, Home Minister Amit Shah on Tuesday asserted that Pakistan 'occupied' Kashmir (PoK) and Aksai Chin are part of Jammu and Kashmir and that Kashmir Valley is an integral part of the country.