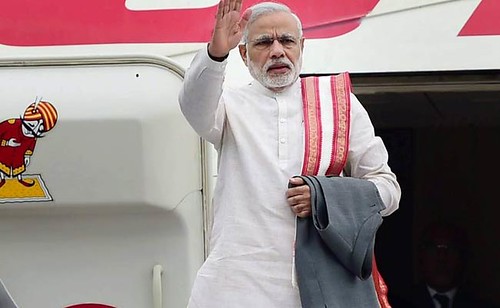 China has deplored the latest move of the extreme rightist government of Prime Minister Narendra Modi to declare Jammu & Kashmir and Ladakh as Indian Union territories.

The Indian government has announced that from Wednesday (Oct 30) midnight the disputed territory of Jammu and Kashmir as well as Ladakh will become Indian territories.

"China deplores and firmly opposes that (move). India unilaterally changes its domestic laws and administrative divisions challenging China's sovereignty. This is unlawful and void and this is not effective in any way and will not change the fact that the area is under Chinese actual control," Geng added.

"China urges the Indian side to earnestly respect Chinese territorial sovereignty, abide by our treaties and uphold peace and tranquility in the border areas and create favorable conditions for the proper settlement of boundary question," he said.

Geng was referring to the territory of Aksai Chin, which China controls but New Delhi claims as part of the new Indian territory of Ladakh.

Earlier on August 6, China had similarly denounced India's annexation of the disputed territory of Jammu & Kashmir by revoking its special status under Article 370 of the Indian constitution.

Referring to the second informal summit between the Indian Prime Minister Narendra Modi and President Xi Jinping in Chennai earlier in October, the Chinese spokesman said: "I believe both sides have released statements and press releases and both sides exchanged views on the global, regional, long term and strategy issues in a friendly atmosphere and agreed to develop closer partnerships".

It may be recalled that the two days talks between Modi and Xi Jinping ended on October 12 without a joint statement. The talks were held in the southern Indian town of Mamallapuram. Indian media reported that both countries will issue statements on the talks separately.

Apparently, the Modi-Xi meeting was aimed at mending ties strained by India's decision to split Jammu & Kashmir state into two. China and India also have other border problems.

According to Xinhua, Xi said the two countries should seek a boundary solution that is "fair, reasonable and acceptable to both sides".

Indian foreign secretary Vijay Gokhale said that both countries had agreed to pursue, through special representatives, an ongoing dialogue on their disputed border. China and India have held more than 20 rounds of talks to resolve their boundary dispute, over which they went to war in 1962. Different mechanisms have been set up to maintain peace along the 4,000-kilometre (2,485-mile) so-called Line of Actual Control.

Gokhale claimed that Modi and Xi who met for a total of seven hours, with the bulk of their time spent in one-on-one talks did not discuss the volatile issue of Kashmir which remains under Indian army siege since August 5.