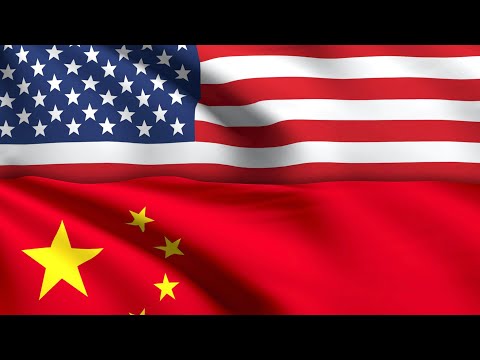 America can't do without an enemy. An enemy is what funds America's largest industry -- military spending -- and an enemy provides a national security focus which holds our tower of babel together.

During the Obama regime, Russia was re-established as The Enemy. Trump's intent to normalize relations with Russia, that is, to erase Russia's enemy status, brought fire and brimstone down on his head from the military/security complex. The CIA Director actually denounced the elected American president as a traitor. The defeated Democrats, seeing the formidable military/security complex aligned against Trump, jumped in to recover their political loss by concocting "Russia-gate." Trump survived, but lost three years of his first term to a hoax created to drive him from office.

In Trump's fourth year, the enemy has been relocated. Now it is China. Several developments contributed to changing the enemy to China. One was China's growing willingness to stand up to Washington's provocations and to speak back. One was Washington's need for someone to blame for America's large trade deficit. Another was the realization of China's manufacturing and industrial prowess and the leadership China is taking in technology as exemplified by Huawei's lead in 5G. Disturbed US communications technology companies, neoconservative hegemonic ambitions, and prospects for more military spending to contain China were given lobbying power by Trump's verbal fight with China. These conflicts were given more potential by the rise of Covid-19 blamed on China.

A US Senator and right-wing radio speak of Washington making China pay for the cost of Covid-19 to the US by reneging on US Treasury debt obligations to China. It is hard to imagine a more stupid or implausible idea. As China could simply sell the bonds into the international market, Washington would need a list of identification numbers on China's holdings and post them as instruments on which interest and principle would not be paid. As Treasuries are bought and sold in the market, it is not clear that the US Treasury knows who holds which bonds.

Assuming this scheme could be successfully implemented, the problems begin. Reneging on debt is the practice of third world countries. If the US adopts this practice, other countries will wonder if their holdings are next. The market for Treasuries could disappear, leaving the Federal Reserve as the only purchaser. There would be no point in issuing bonds. Money would be printed to finance the deficit.

This, in turn, could affect the willingness of other countries to hold dollar-denominated assets such as equities. This would have negative effects on the stock market. The US dollar could lose its role as world reserve currency, which would mean that Washington could no longer pay its bills by printing money.

The Chinese have mistakenly purchased a number of assets within the US. If the values of these assets equal or exceed the US assets located in China, the retaliatory policy would not pay for China.

When it comes to law, the US does not play fair. Washington has tried to hamstring Huawei by blacklisting the company and by pressuring NATO allies to reject Huawei technological products such as 5G. This policy has probably done more harm to US semiconductor corporations than to China as it has complicated US sales of chips to Huawei.

Washington's effort to constrain Huawei's international business also comprises an attack on the supply chains of global manufacturing, which has to displease first world global corporations. It assaults the idea of global dependence.

The US trade deficit with China is not China's fault. It is the fault of the global US corporations that offshored their production to China. When the offshored products, such as Apple computers and iPhones, are brought back to the US for sale, they count as imports. Thus, it is US firms such as Apple, Nike, and Levi that are responsible for the US trade deficit, a responsibility shared by neoliberal economists who tauted globalism, which has come at the expense of first world work forces.

Globalism gave China its manufacturing base. China should use this base to develop its massive consumer market. It is not globalism that any longer serves China's interest. With the largest consumer market in the world, China should shift its focus to internal development. The internal market is so vast that exports should be of no concern to China. China, awash in US dollar reserves that Washington threatens to disavow, has no need for foreign reserves. China's strength is in her economy. This strength should be developed. The intelligent path for China is to throw away neoliberal junk economics and develop a Chinese economy.

This was the American way during the first half of my life. The US economy was so large that US firms were awash in profits without recourse to sales abroad. Producing domestically for domestic consumption meant that high value-added, high productivity jobs remained in the US where they fueled the growth of real income that guaranteed a rising aggregate demand, which supported a growing economy and ladders of upward mobility. Once offshoring began, these ladders were dismantled, and today the result is that American consumers lack the income growth to drive the economy.

Related Topic(s): China; China Investment Corp; China Politics; Corporations; Deficit; Economy; Globalism; Huawei; Manufacturing; Offshoring; (more...) Trump, Add Tags  (less...)
Add to My Group(s)
Go To Commenting
The views expressed herein are the sole responsibility of the author and do not necessarily reflect those of this website or its editors.