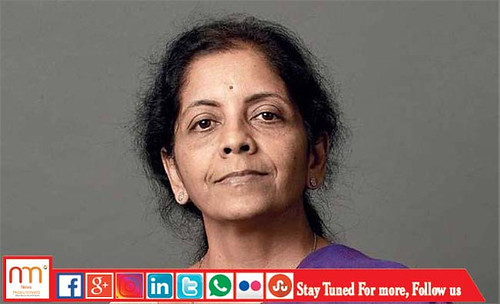 After a lull of five weeks in the China-India border dispute in Sikkim region, China reiterated Sunday (Oct. 8) that "the Sikkim section of the China- India border has been demarcated by the historical boundary."

The Chinese reaction came in to the Saturday's (Oct 7) visit of the Indian Defense Minister Nirmala Sitharaman to the Nathu La post at the Sikkim border.

China Sunday referred to the 1890 British-China treaty which demarcated the Sikkim sector of the Sino-Indian border. China urged India to abide by its provisions.

"It is the best testimony to this fact. We urge the Indian side to face the facts, abide by the provisions of the historic boundary treaty and the relevant agreement of the parties, and work together with the Chinese side to maintain peace and tranquility in the border areas," it said in a written response to Press Trust of India, to a query about Sitharaman's visit.

The ministry did not directly name the 1890 British-China treaty which Beijing often referred to during the Dokalam standoff stating that it has defined the Sikkim section of the boundary with Tibet, therefore the border in that area has been settled.

Nathu La is the last post separating the border between the Sikkim on the Indian side and Tibet on the Chinese side. Sitharaman's trip was the first high level visit to the area after the 73-day standoff between Indian and Chinese troops at Dokalam in the Sikkim sector of the border which ended on August 28 following a mutual agreement between India and China.

Of the 3,488-km India-China border which stretches from Jammu and Kashmir to Arunachal Pradesh, a 220-km section falls in Sikkim. The two sides have so far held 19 rounds of Special Representatives' talks to resolve the dispute.

The Dokalam standoff began on June 16 over the PLA's plans to build a road in the area claimed by Bhutan after which Indian troops intervened to stop the construction as it posed a security risk to the 'Chicken's Neck' - the narrow corridor connecting India with its northeastern states.

China, which earlier opened the Nathu La route for Indian pilgrims to visit Kailash and Manasarovar, closed it after the Dokalam standoff and is yet to reopen it.

The IAF chief, while addressing the media earlier in the week, said the forces are prepared for a "two-front war", referring to the joint challenge posed by allies Pakistan and China on the western and north-eastern front respectively.

"We hope that relevant people of the Indian military will see the historical trend and say more conducive to the development of China-India relations," Beijing said.

Nearly a month after the disengagement at Doklam, Indian reports said the Chinese road patrolling team has returned to the disputed region. The Chinese Foreign Ministry, when asked about its troops patrolling in the conflicted area, said, "There is no ambiguity over the fact that Doklam is part of China. Our forces are not trespassing into the territories of our neighbor, but only patrolling the region which is under our jurisdiction."

Author and journalist. Author of Islamic Pakistan: Illusions & Reality; Islam in the Post-Cold War Era; Islam & Modernism; Islam & Muslims in the Post-9/11 America. Currently working as free lance journalist. Executive Editor of American (more...)
Related Topic(s): Border Dispute; China; India; Patrol; Sikkim, Add Tags
Add to My Group(s)
Go To Commenting
The views expressed herein are the sole responsibility of the author and do not necessarily reflect those of this website or its editors.