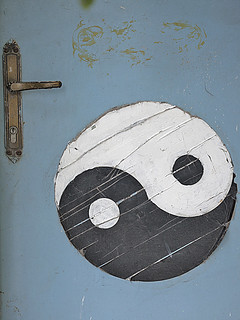 Travelers to China cheat themselves out of huge rewards and a more satisfying local experience, by not doing just a little bit of reading up before coming here. As a Westerner, I can safely say that most of us have a self-absorbed point of view about humanity's history and the world around us. Western reference books are filled with pages on Mesopotamia, Greece and Rome, but they usually give China, and India for that matter, short shrift, even though their civilizations and stories are just as old and meaningful. It's simply human nature to think this way and given that the Euroamerican Empire has called the shots around our planet for the last 500 years, our provincialism can be somewhat forgiven. We wrote the history books and it's all we know.

But the 21st century is ushering in a fresh perspective to Earth's timeline. In just 35 short years, China has redefined current events and this millennium's history books. Other than being the world's largest economy, and that is projected to happen as soon as the end 2014, no later than 2016, the Middle Kingdom has garnered the majority of the Planet's "#1s" among the many (socio-) economic indicators - those which take the pulse of our species' progress. The only category that Baba Beijing (my affectionate name for China's leadership) is happy to accord to the United States, is military spending. Unlike Euroamerica, the Middle Kingdom has had many opportunities in history to be a regional and world hegemon, but has chosen not to, due to Baba Beijing's Heavenly Mandate.

OK Baba, you can govern as long as you keep the country together, you know, keep us proud, protect us, make sure we can feed and shelter ourselves - and just don't muck it up too badly while you're at it!

Since at least 221BC, when China was unified for the first time, this is basically how the country has been governed. Minding the business of statecraft at home has taken and will always take precedence over any imperial designs outside the Middle Kingdom. Keep this in mind as you read and watch Western current events, which usually reflect Baba Beijing through Euroamerica's prism of world domination.

Once you have digested the concept of the Heavenly Mandate, three other guiding principles define China, its peoples and their outlook on the world at large. First is Confucism. Confucius lived and changed the world as we know it (at least in Asia), 600 years before Christ. This was around the time of Buddha's entrance onto the world stage, but neither ever heard of the other. In fact, Confucius was not particularly religious (he revered his ancestors), but he had a keen sense of what was needed to maintain a harmonious, peaceful society. His philosophy was elegantly simple: good government takes good care of the people (early foundations of the Heavenly Mandate), the family is loyal to the country's leadership and the individual members of the family are loyal to their domestic unit. This mutual triangular support of stability at all levels of society was guided by Confucius' Golden Rule:

Do not do to others what you do not want done to yourself.

Related Topic(s): Aristotle; Civilization; Economy; Empire; Harmony; History; Humility; Revolution; Taoism; Travel; (more...) Western Imperialism, Add Tags  (less...)
Add to My Group(s)
Go To Commenting
The views expressed herein are the sole responsibility of the author and do not necessarily reflect those of this website or its editors.

STAY IN THE KNOW
If you've enjoyed this, sign up for our daily or weekly newsletter to get lots of great progressive content.
Series: "Reflections in Sinoland- Reporting from the Belly of the New Century Beast"