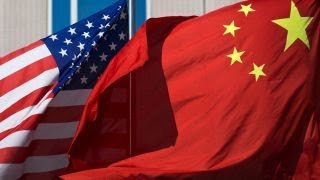 "I am a Tariff Man," Trump tweeted last week. "When people or countries come in to raid the great wealth of our Nation, I want them to pay for the privilege of doing so." We are right now taking in $billions in Tariffs. MAKE AMERICA RICH AGAIN."

I'm sorry, Mr President, but you got this wrong. Tariffs are paid by American consumers. About half the $200bn worth of goods you've already put tariffs on come almost exclusively from China, which means American consumers are taking a hit this holiday season.

These tariffs function exactly like taxes. By imposing them, you have in effect raised taxes on most Americans. You have made Americans poorer.

Worse yet, they're regressive. The middle class and poor pay a larger percentage of their incomes on these tariffs than do the rich.

I needn't remind you that your Tax Cuts and Jobs Act, passed last year, slashed taxes on big corporations and the rich by about $150 billion annually. You claimed it would cause companies to invest more in America and thereby create more American jobs. They didn't. (See General Motors.)


They spent most of their tax savings buying back their own shares of stock. This gave the stock market a steroidal boost. Not surprisingly, the boost was temporary. Last week the stock market erased all its gains for 2018, and worse may be in store. The whole American economy is slowing.

Your tariffs could put us into a recession. The world's other big economies are slowing, too. In 1930, congressmen Smoot and Hawley championed isolationist tariffs that President Herbert Hoover signed into law. They deepened the Great Depression.

Your economic advisers are trying to put the best possible face on all this, arguing that your tariffs are designed to improve your bargaining leverage with China.

But your recent US-China trade deal is already unraveling. More accurately, the deal never happened. Your claims about Beijing agreeing to buy more US agriculture and natural gas weren't backed up by your own administration or the Chinese government. Sort of like your "great" deal with Kim Jung-un.

Some of your advisers say your real aim isn't about trade at all. It's to get China to stop stealing American technology. This presumably was the reason behind last week's arrest of the chief financial officer of Chinese tech giant Huawei Technology. (Hint: That arrest won't make it any easier to reach an agreement with China.)

I'm not sure why you're so interested in helping American corporations protect their technology, anyway. That technology doesn't belong to the United States. It belongs to those corporations and their shareholders. They develop and share it all over the world.

Most of these corporations have been willing to share their technology with China in joint ventures with Chinese companies, because that's the price of entering the lucrative Chinese market. They still come away making lots of money.

Of course, they could make even more if the Chinese didn't take the technology. So maybe, as with the tax cut, you just want to make big corporations richer.

But let me give you the benefit of the doubt. I'm going to assume your real concern is America's national security, and that this whole "tariff man" blunderbuss is designed to prevent China from racing ahead of us in technologies that are critical to national defense.

Related Topic(s): American Capitalism; China Investment Corp; China Politics; Tariffs, Add Tags
Add to My Group(s)
Go To Commenting
The views expressed herein are the sole responsibility of the author and do not necessarily reflect those of this website or its editors.