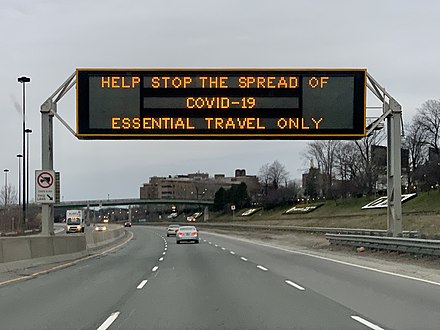 "The costs of the pandemic keep piling up," writes Marc Thiessen at the Washington Post. "Somebody has to pay for this unprecedented damage. That somebody should be the government of China."

And why, pray tell, should China's government be punished? For "intentionally lying to the world about the danger of the virus, and proactively impeding a global response that might have prevented a worldwide contagion."

Sounds fair, doesn't it? If a government lies and people die as a result, that government and its functionaries should be held responsible, right? Good enough for me.

But sauce for the goose is sauce for the gander, so if we're having Peking Duck this week, I'd like to know when Thiessen plans to cough up his share of US government's tab.

As a speechwriter for US president George W. Bush and Secretary of Defense Donald Rumsfeld in the first decade of this century, Thiessen was directly responsible for pushing lies that resulted in hundreds of thousands of deaths in Iraq and Afghanistan.

In fact, he's got a lot of nerve pretending that he's even on the same moral level as Chinese government actors who may have lied about COVID-19, let alone in a position to lecture them.

Those Chinese actors were, at worst, trying to save face for their regime, and at best trying to keep themselves out of jail (the Chinese Communist Party has a reputation for harsh treatment of people who embarrass it).

Thiessen was shilling for an unprovoked war of aggression in Iraq by his regime, and he could have quit that job any time he chose without fear of being dragged off for "re-education."

Let's be honest about what's going on here: Republican flacks like Thiessen are trying to shift blame away from their party's own policy failures by re-premising the same old anti-China campaign they've been waging for years.

Related Topic(s): China; Corona Virus Coronavirus Covid-19, Add Tags
Add to My Group(s)
Go To Commenting
The views expressed herein are the sole responsibility of the author and do not necessarily reflect those of this website or its editors.