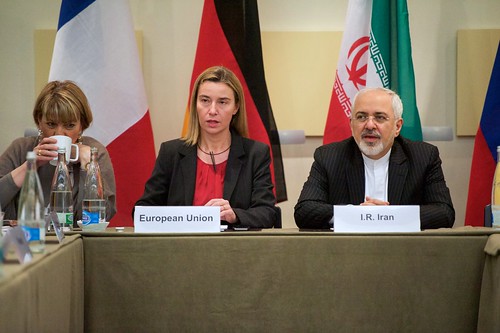 With Iran and China working on a multibillion-dollar 25-year economic and security deal, Israel has many reasons to be concerned and even alarmed, says Lahav Harkov of Jerusalem Post.

China would gain power and influence in Iran, a diplomatic card it can play with respect to the US and garner greater leverage in the Gulf. For Israel, the potential for damage from such an agreement is clear, Harkov said adding:

"China has much to gain from the deal besides a discount on gas when energy prices are plummeting anyway. The agreement fits into China's Belt and Road Initiative to build infrastructure across the world, while bringing Iran into its orbit of influence. It also would bolster China's new digital currency e-RMB as a way to bypass American systems and reduce the power of the dollar - another way in which the deal could hurt Israel if it comes to fruition."

Carice Witte, executive director of SIGNAL, a think tank focused on China-Israel relations was quoted by Harkov as saying: "This is indicative of the Chinese approach, [to] identify where there is a vulnerability and then patiently look for ways to capitalize on it."

Witte also said, "Any dollar going into the Iranian system is one that can likely be spent against Israel."

This is especially clear when it comes to the bolstering of Iran's military through cooperation with China. Any of the new resources directed to the Islamic Republic's army can potentially - and likely will - be turned on Israel.

While Israelis and Israel supporters may find it hard to believe, the Chinese government truly does not think Iran is a danger to Israel, Witte said.

"China's perception is that Iran doesn't mean what it says about destroying Israel," she said. "China does not see Iran as an existential threat to Israel and that Iran is only saying [it wants to destroy Israel] to be taken seriously by the world's power centers."

The US "maximum pressure" campaign has clearly had a major impact on Iran, but a massive influx of Chinese investments will go a long way toward undoing it, effectively relieving the pressure. Another concern is regarding Chinese companies' involvement in infrastructure projects in Israel and Iran. This is already taking place, but the 25-year agreement would deepen those ties, Harkov said adding:

A report by the RAND research institute this year warned that due to China's close ties with Iran, the Chinese government could have companies share insights on Israel with Tehran to gain favor and influence. In addition, China could use the companies operating in Israel and Iran for political leverage on Israel, such as in 2013, when it conditioned a Beijing visit by Prime Minister Benjamin Netanyahu on his stopping defense officials from testifying in a New York federal lawsuit against the Bank of China for laundering Iranian money for Hamas and Palestinian Islamic Jihad.

Author and journalist. Author of Islamic Pakistan: Illusions & Reality; Islam in the Post-Cold War Era; Islam & Modernism; Islam & Muslims in the Post-9/11 America. Currently working as free lance journalist. Executive Editor of American (more...)
Related Topic(s): China; Iran; Israel; Leverage; RAND Corp, Add Tags
Add to My Group(s)
Go To Commenting
The views expressed herein are the sole responsibility of the author and do not necessarily reflect those of this website or its editors.