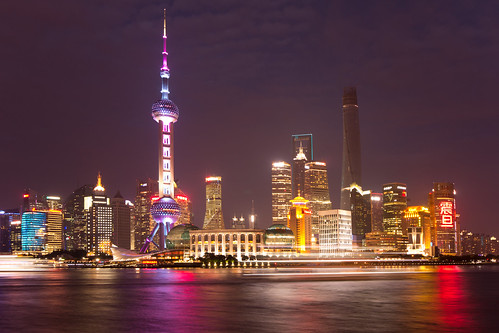 Judging by US foreign policy - China is a massive global threat - and by some accounts - the "top" threat. But a threat to what?

AFP would report in its article, "Trump nominee to lead intel community sees China as top threat," that:

President Donald Trump's pick to lead the US intelligence community said Tuesday that he would focus on China as the country's greatest threat, saying Beijing was determined to supplant the United States' superpower position.

Were China doing this by using news agencies like AFP to lie to the public to justify invading Middle Eastern nations, killing tens of thousands of innocent people, installing client regimes worldwide, and using its growing power to coerce and control nations economically and politically when not outright militarily - US President Donald Trump's "pick" - John Ratcliffe - might be justified in focusing on China and its "determination" to "supplant the United States' superpower position."

However, this is not what China is doing.

China Building Rather than Bombing

China is - instead - using economic progress to rise upon the global stage. It makes things. It builds things. It creates infrastructure to bring these things to others around the globe who need or want them, and enables other nations to make, build, and send things to China.

One example is China's One Belt, One Road initiative (OBOR) also referred to as the Belt and Road Initiative (BRI). This includes a series of railways, highways, ports, and other infrastructure projects to help improve the logistical connections between nations, accelerating economic development.

Only in the US could the notion of building railways connecting people within and between nations seem like a dangerous idea.

By building such networks, people are better empowered to trade what they are making and what they seek to buy and sell. China, which possesses the largest high-speed railway network on Earth carrying 2 billion passengers a year, is extending this network beyond its borders - deep into Southeast Asia and even across Eurasia via Russia and beyond. Alongside it are a raft of other projects ranging from ports to power plants, and more.

The political and economic power China is gaining by expanding real economic activity both within its borders and beyond them, and both for China itself as well as for its trading partners - represents a global pivot away from America's century-long unipolar global order and closer toward a now emerging multipolar world order.

The US with a population of over 300 million and some of the best industrial potential in the world could easily pivot with this sea change - but entrenched special interests refuse to do so. Paying into a genuinely pragmatic method of generating wealth and stability exposes Washington and Wall Street's various rackets, making them no longer tenable. So instead, US special interests are labeling China's One Belt, One Road initiative a global threat and China itself as one of America's chief adversaries.

To combat this adversary - the US is not building bigger and better global networks to facilitate economic progress - but is instead marshalling the summation of its "soft power" to hinder and sabotage it. It has ringed China with a series of sociopolitical conflicts, cultivating opposition groups in various nations aimed at destabilizing them and spoiling them as constructive economic and infrastructure partners for Beijing.

The US is leveraging its still massive media monopolies to portray these political conflicts as otherwise inexplicable opposition to closer ties with China and against infrastructure projects jointly developed with China.