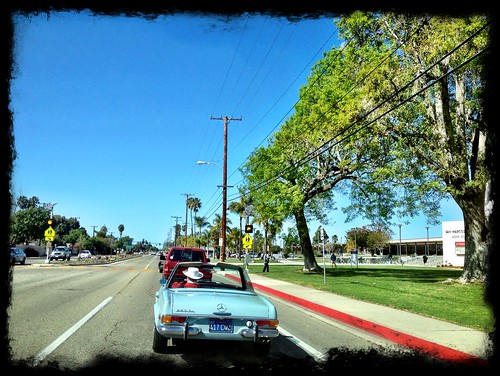 It didn't take Tom Brokaw's 1998 book to tell us that our parents were the "Greatest Generation" As "children who were raised to be seen and not heard," we listened to stories and watched movies about our fathers, uncles and brothers who fought and died over here and abroad during WWII. We saw posters of Rosie the Riveter mothers, ambulance driving aunts and heard about our own mothers delivering us in military hospitals far away from family and loved ones. The message for us was clear. We were to work hard to be worthy of the costly gifts given to us and the sacrifices made by a generation made of better stuff.

I was born during WWII in a naval hospital in Virginia where my father served as a Marine. When my father was discharged, my mother, father and I moved to a two-room apartment above a bar restaurant. The Cold War with the USSR was ever present in my daily life. Neighbors built bomb shelters and stock-piled staples for survival in the event of a nuclear attack. At school, my classmates and I would be directed to crawl under desks, sit with our heads against our knees and be very quiet. This civil defense exercise was in preparation of a bomb strike by the Russians.

For me, the grandchild of immigrant grandparents and daughter of the Greatest Generation parents, it was clear that no amount of work or success would make me worthy of all the sacrifices made by the previous generation. Time and time again, national events proved me right. Perhaps as a response to the McCarthy Un-American trials of 1950, TIME MAGAZINE in 1951 coined the phrase "The Silent Generation" for children born between 1925 and 1945. These children were expected to remain silent about any grievances or suffer the consequences. Not surprising, I am not only a child of "The Greatest Generation" but I am a member of the "The Silent Generation."

Between 1950-1953 my generation fought the Forgotten War in Korea. In 1957, the USSR launched the first man-made satellite, proving once again what was believed, "You are not learning anything in school." Nationally, the school curriculum was completely overhauled and an emphasis on math and science took precedence over liberal arts. Colleges and universities scrambled to build or expand their engineering and science programs.

After high school, I was fortunate to be able to pursue a higher degree in education. However, for most young unmarried men of my generation Vietnam was their future. In some cases, they would receive a deferment until they completed their degree program. Even if they avoided the draft or survived the fighting, the young men of my generation lived in a divided and hostile country, a nation where anti-war protests received media coverage daily. The NEW YORK TIMES referred to Vietnam as "The War that Killed Trust." There were no ticker-tape," welcome-home parades for this generation. Once again, the expectation was to "silently do the right thing," and work hard without complaint.

As my peers in the "Silent Generation" begin to fill the ranks of the retired, I find it disconcerting that most do not have faith in the current generations--Generation X (1965-1980) and Millennials (1981-1996). It reminds me of the "Silent Generation," a generation never recognized for the monumental changes for good that we brought about, including the Civil Rights Movement and legislation I do not hope that anyone will ever write a book and refer to my generation as "the greatest." I would, however, hope that someone will attribute words of praise to the current generation, focusing on the tremendous achievements that young people have contributed to the world. Lest we forget, the average age of a WWII GI was 26. Notre Dame Cathedral was built in Paris in 1163 by young adults in a time when the life expectancy was 30 to 40 years of age.

Suzanne Evagash Miller is Professor Emeritus at Point Park University in Pittsburgh, PA. Before retiring, she taught educational methodology and language arts courses to pre-service teachers and placed and supervised student teachers in England. (more...)
Related Topic(s): Children Soldiers; Generation X, Add Tags
Add to My Group(s)
Go To Commenting
The views expressed herein are the sole responsibility of the author and do not necessarily reflect those of this website or its editors.

Children of the Greatest Generation