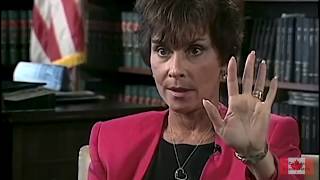 My generation and that of our children grew up without Child Protective Service (CPS). We stand up very well compared to subsequent generations.

Child Protective Service is an extremely intrusive government agency that would not have been tolerated. The power of this police agency trumps parental rights and responsibilities. The agency is an important part of the destruction of liberty that I have witnessed over my lifetime.

The Gestapo power that the state now wields over parents is a creation of "child advocates" who believe that it is the function of government to protect children from parents. One consequence has been to erode parental control and to effectively end it in the case of rebellious children who respond to punishment by calling CPS and reporting their parents. CPS has powerful incentives to seize children as it justifies the agency's existance and brings a federal payment for each child seized.

There are reports that many of the seized children end up in the hands of pedophiles, but governments seldom want to hear that they are doing harm rather than good.

Why has child safety changed so much over my lifetime that children need a police agency to protect them? Why could I and my 5-year-old classmates walk alone to our neighborhood schools, for example, but such a thing is unthinkable today. Could the destruction of homogenuous neighborhoods by "diversity" have anything to do with it? Could the redefinition of the parental control of my day as child abuse have anything to do with it? Could all the forces that have broken up the family have anything to do with it? When I grew up, children had parents, two sets of grandparents, aunts, uncles, cousins all in the same geographical area. There was tremendous support for marriages and children. Divorce was rare compared to today. Families went to church, an important mission of which was to inculcate and reinforce moral and ethical standards of behavior. The father's income was enough to support the family, so mothers were at home to provide child and household services. Today both parents have to work.

The support systems have been swept away. Corporations have transferred employees to relative-free geographical locations, thus increasing the stress on marriages. Divorce has broken up families, creating animosity where once there was support. Mass immigration has brought "multiculturalism" where once were shared standards. Identity Politics has produced a disunited population.

Over the course of my lifetime I have watched the destruction of America's social capital -- the shared norms, understandings, values, cooperation, and trust that make a society functional. In the dysfunctional society in which Americans live today, government tries to glue things back together by exercising more power, regulating speech, controlling explanations, and imposing more constraints on human action.

The consequence is the death of liberty and individual responsibility and the erasure of a nation.

Related Topic(s): Child Abuse; Child Molestation; Child Protective Services; Parents, Add Tags
Add to My Group(s)
Go To Commenting
The views expressed herein are the sole responsibility of the author and do not necessarily reflect those of this website or its editors.