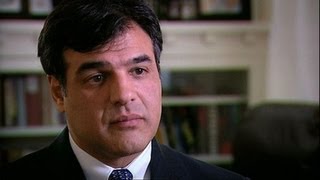 Last week I posted an article on Facebook that I initially meant to be something of a joke. It was entitled "Kentucky Republicans Kill Bill to Limit Child Marriage Because Parents Should Have Right to Marry Off Kids." Ridiculous, right? Gross, too. I posted it because I wanted to take a jab at Southern states and that stereotypical good-old-boy, marry-your-cousin culture. (Please don't send me any hate mail. It was a joke and, in retrospect, a bad one.)

This Kentucky bill didn't even ban child marriages. It just would have required a judge to review records to make sure that the child was not a victim of abuse, that there was no domestic violence in the relationship, and that the adult in the couple was not a registered sex offender. (This is despite federal law, which says that any child under the age of 16 is incapable of entering into a sexual relationship with an adult. By virtue of that, the adult would be a sex offender by definition. But that's another story.) At the bare minimum, the bill was a good start.

In the days after I posted the article, a handful of people commented -- "gross" and "disgusting" is what they said. But then, coincidentally, I had coffee with a human rights attorney. She's not the kind of attorney who has an occasional case involving human rights and then chases ambulances the rest of the time. She's the kind of attorney who only does human rights -- as in, she sues governments in the United States and abroad to force them to protect the rights of those who are the most vulnerable in society, especially children.

I mentioned the article to her and she responded, "You know, there's a real history there with laws mostly in Southern states that allowed adults to marry children as young as 12. Most of those laws are still on the books." Recognizing her seriousness, I asked how in the name of all that's holy such laws could be constitutional and still in use in 21st century America. Her answer chilled me, and it made me realize, yet again, that American exceptionalism is a bad joke. Our country is so backward on some issues that we should hang our heads in shame.

The attorney explained that these laws are still on the books for a variety of reasons. The most common is states' rights. Most Southern states don't want Washington telling them how to live their lives. If they believe their children should be married at 16, or even 13, that's their business. It's not the business of bureaucrats and fat cats in Washington who don't know Southern culture and who are probably hostile to the South anyway.

Second, she said that, in many cases, when there were instances of child molestation in Southern families over the past two centuries, the go-to solution was to marry the child off to the molester. As insane as this sounds, the idea was to spare the family the shame of police involvement, a trial, and gossiping neighbors. Apparently, however, no thought whatsoever was given to the wellbeing of the child. The attorney said this was quite common, especially in the early and middle parts of the 20th century, and it still happens today.

Third, the attorney told me that there have been several cases of parents marrying their young daughters to drug dealers to whom they owe money for crack or meth or opioids or whatever their weakness happens to be. This isn't a real "marriage." It's human trafficking, plain and simple. The drug dealers will then pimp the child out as a side business. It's sick and it's a crime, even if the Kentucky legislature doesn't think it should be.

ECPTAT-USA, a non-profit that works to stop the sexual exploitation of children, issued a report noting that as many as 100,000 children are trafficked for sex in the United States every year. It's not just in the South, irrespective of my spur of the moment decision to pick on it. It's all across the country, with Miami and Cincinnati being two of the worst places for child trafficking. The number boggles the mind. And it's not something that we see much coverage of in the press.

All of us must educate ourselves on the issue of human and child sex trafficking. It's a horrible perversion that has been swept under the rug for too long. It has to be stopped, and the offenders have to be punished severely. In my view, many of our elected officials are culpable in this as well. I want to tell the Kentucky legislature "To hell with your culture. Start protecting your children." If state legislatures won't do it, then Congress has to do it for them. There has to be a legislative solution. In the meantime, it's up to the rest of us to keep up the pressure.

Related Topic(s): Child Sex Trade; Marriage; State Corruption, Add Tags
Add to My Group(s)
Go To Commenting
The views expressed herein are the sole responsibility of the author and do not necessarily reflect those of this website or its editors.