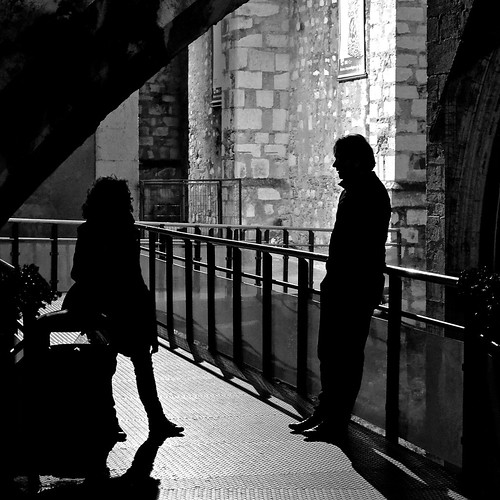 By Robert Weiner and Kimberly Bartenfelder

In Chicago, citizens have experienced shares of clergy abuse, tarnishing decades of the city's past. However, offices within the Archdiocese of Chicago like the Office of Assistance Ministry, OPCY, the Prayer and Penance Program, and the Safe Environment Office make it their mission to protect the overall well-being of children.

The Safe Environment Office has conducted over 3,700 educational trainings since 2003 reaching 263,000 and growing, "on how to prevent sexual abuse, recognize grooming behaviors and create safe environments for children and young people in our parishes, schools and community". Belinda, a Hotline operator in association with the Safe Environment Office, energetically responded, "That's good" to bringing positive attention to their child protection programs. She added that for each child with a case made to the hotline, a "guardian" is assigned. Moreover, if the case worker is not good enough, affected individuals or the family can call the next step of the "advocacy" number to further their case. These collective efforts make for a model of reform. We tested the numbers and they work-- 1.800.25. ABUSE for the hotline, and 1.800. 232.3798 for the advocacy follow-on.

Across the world and at the core of Catholicism, we had a hint of why and how the Pope and Vatican officials remained hellbent on taking minimal action-- not truly helping the documented abused former children and maintenance of involved priests.

We conducted a verbal sampling of business leaders near the Vatican in a trip this April. A hotel manager talked with us from his facility's rooftop overlooking the Dome of St. Petersburg Square. We asked, "why stand for the Catholic church's attitude of doing the least possible?" His reaction was, "There are only small numbers involved, and people remain loyal." This kind of feedback is geographically closest to the Pope, so it's likely his frame of reference.

The Associated Press reported this past February how Australia found that, "4,444 people were abused at more than 1,000 Catholic institutions between 1980 and 2015"-- Chile has 100 active investigations into abusive priests -- the German Catholic Church with "3,677 people were abused by clergy between 1946 and 2014"-- and Ireland, a hub of known Catholic communities facing reports of, "how tens of thousands of children suffered wide-ranging abuses."

In the U.S., Jeff Anderson & Associates, in collaboration with Frost Pearlman, published "The Anderson Report Child Sexual Abuse in the Archdiocese and Dioceses in Illinois", a 182 page document intending to, "raise awareness about the important issue of sexual abuse, provide the public with vital information including assignment histories, and provide awareness and healing to survivors of sexual abuse." Naming roughly 400 clergy with any involvement in predatory behavior accounts for only a fraction of the globally abused but are nonetheless as important or unfortunate.

Resistant to the Anderson Report is Catholic League President, Bill Donohue. Offering his own analysis, Donohue insinuates that Anderson has a personal vendetta with the church: "Anderson has the gall to say in his report that 'The danger of sexual abuse in Illinois is clearly a problem today, not just the past.' He is a liar. He knows the evidence is just the opposite" paired with how "[Anderson] is in it for the same reason that so many others are in it: The name of the game is to 'Get the Catholic Church.'" This is one of many efforts to hush and invalidate the abuse.

A long overdue effort to mollify Catholics worldwide was the summit initiated by Pope Francis in February 2019. The legislation known as Motu Proprio, attempts to hold clergy accountable and standardize misconduct reporting.

It's a good starting point, but that's all-- more talk than action leaving victims without justice and with wounds.

More so than not, countries with Catholic communities have seen drops in numbers up front and over generations. The Australian Census reported a shift from 25. 3% in 2011 to 22.6% in 2016. In Ireland, the Central Statistics Office reported that, "the total number also recorded a fall of 132,220 persons from 3.86 million in 2011 to 3.73 million in 2016." A trend of decline has become inevitable.

The 2019 Gallup Poll examined how declining numbers can be attributed to scandal but also the falter in the faith overall. Either way, the American identification has taken a documented hit in both the institution itself and scandalous clergy. Worldwide, the clergy abuse is the leading factor of those leaving the church based on their high volume, staggering cases.

The church over generations is falling and will continue until the institution fully accepts its sins. The church needs follow Chicago as a leading exemplar.

Robert Weiner was a Clinton and Bush White House spokesman, and spokesman for the House Government Operations Committee, as well as senior staff for Cong. Conyers, Rangel, Pepper, Koch, and Sen. Kennedy Kimberly Bartenfelder is policy analyst for Robert Weiner Associates and Solutions for Change.

Related Topic(s): Catholic; Catholic Church; Catholic_clergy_abuse_charges; Catholicism; Children; Clergy; Faith; Legislation; Priests, Add Tags
Add to My Group(s)
Go To Commenting
The views expressed herein are the sole responsibility of the author and do not necessarily reflect those of this website or its editors.