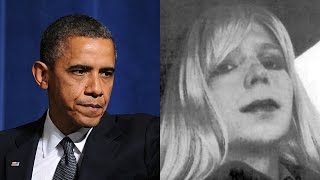 President Obama commuted the 35-year prison sentence of Chelsea Manning, the military intelligence analyst who made public evidence of US war crimes in Iraq and Afghanistan, allowing Manning to go free on May 17, after completing over seven years in prison.

Army Pfc Bradley Manning was arrested by the Army in 2010 after he turned over military and State Department files to WikiLeaks. Manning had copied hundreds of thousands of internal Army "incident logs" describing US soldiers' experiences in Iraq and Afghanistan, which proved that civilian deaths were far higher than reported. This material included the video of an American helicopter attack on civilians in Baghdad in which 16 people were gunned down, including two Reuters journalists. WikiLeaks published the video on the Internet with the title "Collateral Murder."

Manning also provided WikiLeaks with some 250,000 diplomatic cables from American embassies around the world, which exposed official US lying, efforts to subvert governments, and dossiers on the prisoners at Guantanamo Bay, showing most of them had no significant role in terrorist operations.

Manning always maintained that her goal was to inform the American public about the criminal actions being carried out by US military forces in their name. She pleaded guilty to 20 of 22 charges in August 2013 and was sentenced to 35 years in prison. After the trial, Manning announced that she was transgendered and took the name Chelsea Manning. She said she was seeking hormone therapy and requesting gender reassignment surgery, which the Army has repeatedly denied.

The prosecution and horrific treatment of Manning is itself a crime, for which the US military and the Obama administration are responsible. The commutation of her sentence raises the obvious issue of why the media and the entire political establishment, including the Obama administration, continue to witch-hunt and persecute Julian Assange, the founder of WikiLeaks, and Edward Snowden, the NSA whistleblower now in forced exile in Russia.

While Manning has spent seven years in prison for her courageous anti-war action, not a single person has been arrested, charged or jailed for any of the crimes documented in the material published by WikiLeaks, let alone any of the higher-ranking war criminals, right up to George W. Bush and Barack Obama.

Manning's treatment since her arrest, in both military detention cells and in Leavenworth Prison, has been nothing short of torture. After her initial arrest, Manning was held in solitary confinement for nearly a year and a half, 23 hours a day, and for much of that time stripped naked as a "security" measure.

Her 35-year sentence is 10 times the longest previous punishment imposed on any federal employee, military or civilian, for leaking classified information. It is in line with the Obama administration's crackdown on whistleblowers, including the prosecution of more individuals under the Espionage Act than all previous administrations combined.

After conviction and sentencing, Manning was sent to the men's prison where she was repeatedly targeted for brutal treatment because of her actions as a whistleblower and her status as transgendered. Manning has been experiencing extreme psychological and mental stress because of the Army's continued refusal to provide for surgery to complete her transition to female, and she attempted suicide on two occasions in 2016.

Last Friday, White House Press Secretary Josh Earnest sent a signal of the possible commutation, telling a press briefing that there was a sharp distinction between the cases of Chelsea Manning and Snowden (more than 1 million people have signed a petition seeking a full pardon for the former NSA contractor, who exposed massive illegal spying by the US agency in 2013, and is now in exile in Russia).

Earnest said that since Manning had been convicted and sentenced in a legal proceeding, and had formally petitioned for clemency, she could be considered for clemency. There had been no judicial process for Snowden, who "should return to the United States and face the serious crimes that with which he's been charged," he said.

There are likely several considerations in Obama's decision to commute Manning's sentence, none of them having to do with humanitarian feelings about her torture in prison and suicide attempts. First and foremost, the commutation will be used for cynical political purposes to boost the standing of the Democratic Party -- and refurbish Obama's image -- among young people, the LGBT community, and those opposed to the ongoing US wars in the Middle East.

The commutation will be used for that purpose by liberal and pseudo-left apologists for Obama, although the action only puts an end to one of the many crimes of which the Obama administration is guilty, and only after it has gone on for more than seven years. Moreover, by commuting Manning's sentence rather than granting a full pardon, the precedent of her conviction remains on the books, as well as the savage sentence of a nearly lifetime term.

There was undoubtedly also concern in the military over the likelihood of Manning's death, either by suicide or brutal mistreatment at Leavenworth, and the public scandal that would result. There has also been disquiet in the ranks over the double standard as it applies to high-ranking officers, like General David Petraeus, in contrast to privates like Manning. Petraeus received a slap on the wrist for deliberately conveying top secret information to his mistress and biographer, while rank-and-file soldiers have received sentences of several years in prison for less severe breaches of security rules.

Related Topic(s): Chelsea Formerly Bradley Manning; Clemency; Freedom; Whistleblower; Wikileaks, Add Tags
Add to My Group(s)
Go To Commenting
The views expressed herein are the sole responsibility of the author and do not necessarily reflect those of this website or its editors.