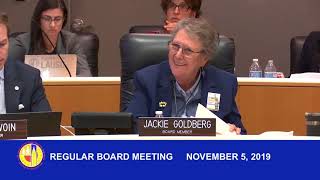 Data Is Not Neutral Nick Melvoin has put the interests of the charter school industry over the LAUSD students he is supposed to represent. Should this disqualify him from reviewing ...
(Image by YouTube, Channel: Carl Petersen)   Details   DMCA

"I think that it is incredibly ironic...that the same people who have resisted charter school transparency are now the ones demanding [public schools] to be transparent. "

The School Performance Framework (SPF) should have been killed off the moment it was revealed that Los Angeles Unified School District (LAUSD) Board Member Nick Melvoinhad colluded with the charter school industry to craft the resolutionthat lead to its creation. Instead, Melvoin pushed on, spending public funds to create a biased framework and populating focus groups with people from his own personal mailing lists. That all came to an end last Tuesday when the LAUSD Board voted 7-1 to "suspend implementation of the SPF and any launching or utilization of the SPF-including any use of stars, scores, or any other rating system-in or on any District platforms". Melvoin was the sole dissenting vote.

The vote to suspend the SPF caps months of effort by parents and other LAUSD stakeholders to expose the charter school industry's plan to use the SPF to take control of public facilities for the benefit of their publicly funded private schools. Melvoin's Speak Up, a group initially created to promote his election that pretends to be a grassroots organization speaking on behalf of parents, attempted to obscure the facts by pedaling a story that parents needed a Yelp-like score to understand data that is already made available to them, but this was not enough to save the sinking ship. In the end, even his closest ally, Monica Garcia, abandoned Captain Melvoin as he rearranged the deck chairs.

Joining the rats jumping from the SPF Titanic appear to be members of Melvoin's staff. While they are still listed on his LAUSD web site,his Chief of Staff, Sarah Angel, and Director of Strategy and Community Engagement, Clayton Rosa, are reported to have ended their employment with the District. These former California Charter School Association (CCSA)staffers have long advocated for the 20% of students who attend charter schools at a cost to the 80% who attend public schools. Senior Advisor and Director of Community Engagement, Allison Holdorff Pothill, apparently remains in place despite her role as a co-conspirator during Melvoin's meetings with the charter school industry.

Throughout the failed bid to save the SPF, Melvoin never made mention of the wealth of confidential information uncovered by Michael Kohlhaas dot org.However, his refusal to acknowledge his wrongdoing will not make it go away. Nor will the public he is sworn to represent forget what he has done.

Beyond uncovering that Melvoin was allowing the CCSA to write resolutions on his behalf, the documents revealed that he had released confidential information about active court cases against the district.This represents a violation of the public trust that is potentially far more serious and can, therefore, not be ignored by his fellow board members. Even with the defeat of the SPF, the pressure must be maintained on demanding a full and complete investigationof Melvoin's coordination with his handlers who represent the charter school industry. 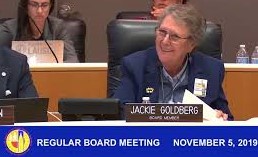 (Image by KLCS)   Details   DMCA
Carl Petersen is a parent, an advocate for students with special education needs, an elected member of the Northridge East Neighborhood Council and was a Green Party candidate in LAUSD's District 2 School Board race. During the campaign, he was endorsed by the Network for Public Education (NPE) Action and Dr. Diane Ravitch called him a "strong supporter of public schools." His past blogs can be found at www.ChangeTheLAUSD.com. Opinions are his own.