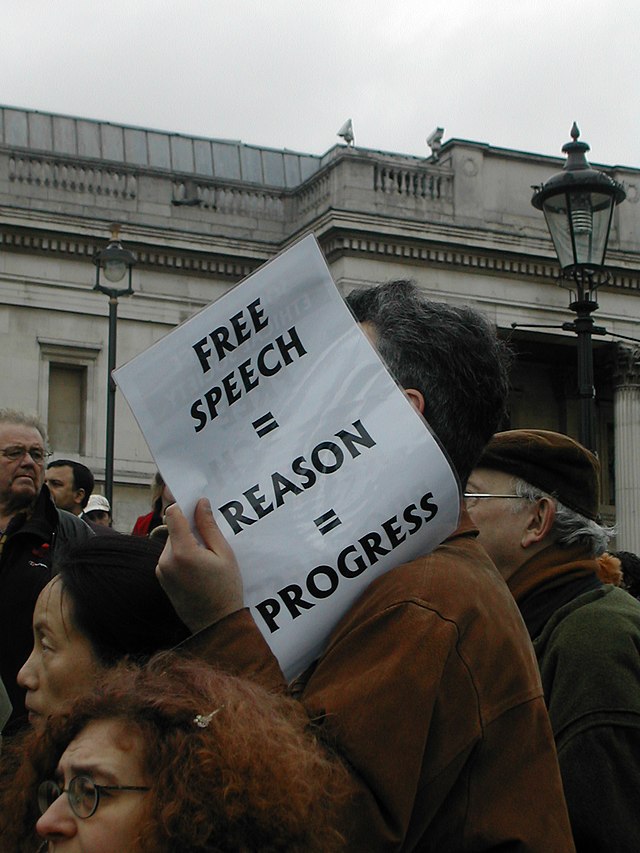 In a recent column, I celebrated the phenomenon of "Social Preferencing" and the boost Charlottesville gave to an online, crowdsourced, social media version of it, @YesYoureRacist," which makes it easy for everyone to "ostracize a Nazi."

That column received quite a bit of pushback from readers with a darker view of the situation, pointing to the likelihood of shattered innocent lives (due to mistaken identity or intentional fraud) and predicting an era in which unpopular views are suppressed by the digital equivalent of lynch mobs.

Those readers are right: Both scenarios are indeed playing out even as I write this.

University of Arkansas professor Kyle Quinn received death threats and demands that he be fired after he was mistakenly identified as one of the "white nationalist" marchers in Charlottesville. He's still dealing with the fallout. Presumably others are in the same boat. But mistaken identities and false accusations are not unique to social media. They're just magnified by it. And the tools which create that magnification can also be used to correct the errors and falsehoods. This is just a matter of scale, not a new or insoluble problem.

On the other hand "guilty" individuals like Christopher Cantwell and organizations like the Daily Stormer web site are losing access to their soapboxes (and their livelihoods) as they're dropped by web hosts (GoDaddy), payment processors (PayPal), social media outlets (Facebook and Twitter), intermediary utilities (Cloudflare) and even, in Cantwell's case, dating sites (OKCupid).

As vociferously as I disagree with people like Cantwell and organizations like the Daily Stormer, I agree that this is a problem.

It's not a problem with the Wakfer model of Social Preferencing, which explicitly calls for "accessible personal disclosure" of the kind being prevented by these exclusions from, effectively, the public square. But it's a problem nonetheless.

While the actions of these large firms are not, strictly speaking, censorship (the parties involved are not owed platforms by any particular providers and are free to seek the services they need elsewhere), it's a simple fact that they hold market positions which can at least temporarily create the same effect. They are using those positions to create that effect.

John Gilmore famously noted that "The Net interprets censorship as damage and routes around it." Libertarians like me view the market in much the same way. This situation is a practical, nuts and bolts test of those views. There's a great deal riding on the outcome.

If GoDaddy, Facebook, Twitter, PayPal et al. are in effect creating damage to the public square -- and I say they are -- can the Net and the market effectively route around that damage?

Usable publishing platforms (Diaspora, Steemit, Minds.com, Gab.ai, and so on) and processors (Bitcoin and other cryptocurrencies) are already in place and there's nothing to stop others from launching.

Will the big players pay a preferencing price (to the benefit of those other platforms) for their attempts to decide for us what and whom we may view and hear? Here's hoping they do.

Related Topic(s): Blacklisting - Dns Censorship; Charlottesville; Free Speech Online; Social Media Censorship, Add Tags
Add to My Group(s)
Go To Commenting
The views expressed herein are the sole responsibility of the author and do not necessarily reflect those of this website or its editors.