Source The Guardian
To justify the president's War on Terror policies, the Washington Post columnist spreads a demonstrable myth 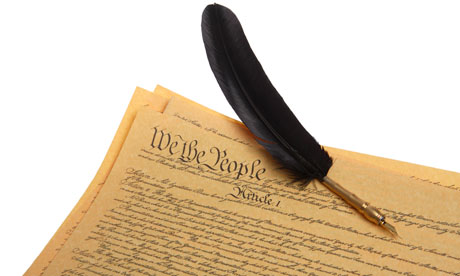 (Image by Unknown Owner)   Details   DMCA
Charles Krauthammer falsely claims the US government is free to act against citizens on foreign soil without regard to the constraints of the Constitution Pen Photograph: Alamy

Charles Krauthammer's Washington Post column this morning, which calls on Congress to enact new legislation authorizing and regulating Obama's drone attacks, is actually worth reading. That's because it highlights the central fact about the Obama legacy when it comes to US militarism, war, and civil liberties. Referencing the monumental shift in how Democrats think about such matters now as compared to the Bush years, he writes:

"Such hypocrisy is the homage Democrats pay to Republicans when the former take office, confront national security reality, feel the weight of their duty to protect the nation -- and end up doing almost everything they had denounced their predecessors for doing. The beauty of such hypocrisy, however, is that the rotation of power creates a natural bipartisan consensus on the proper conduct of this war ...

"Necessity having led the Bush and Obama administrations to the use of near-identical weapons and tactics, a national consensus has been forged. Let's make it open."

That Obama has ushered in a "bipartisan consensus" for these policies -- transforming them from the divisive symbols of right-wing extremism into the unchallenged framework of both parties' establishments -- is indisputable, one of the most consequential aspects of his presidency.

But Krauthammer's real purpose with this column is to mock and excoriate Rand Paul's anti-drone filibuster. As the New York Times describes today, there is an increasingly acrimonious split in the GOP about the policies of militarism and civil liberties enacted in the 9/11 era, and neocons like Krauthammer are petrified that the (relative) anti-war and pro-due-process stances articulated by Paul will gain traction. Krauthammer notes that, contrary to the claims of many progressives, Paul's opposition was not merely to killing Americans on US soil, but was broader: it was about assassinating citizens without due process anywhere they may be found. Referencing a Washington Post Op-Ed in which Paul declared that "no American should be killed by a drone without first being charged with a crime," Krauthammer writes: "note the absence of the restrictive clause: 'on American soil'". Here's how Krauthammer describes Paul's real purpose in launching the filibuster:

Related Topic(s): Constitution The; Constitutional Issues; False Accusations Of Terrorism; Krauthammer, Add Tags
Add to My Group(s)
Go To Commenting
The views expressed herein are the sole responsibility of the author and do not necessarily reflect those of this website or its editors.