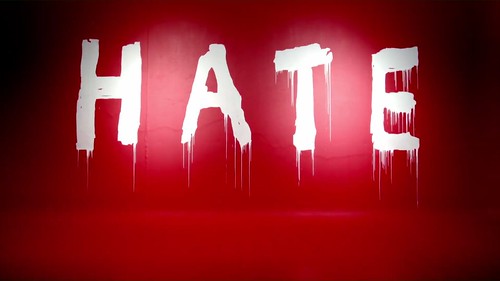 "No wrongs have ever been righted by riots and civil disorders." -- Robert F. Kennedy

Let's be clear about one thing: no one--not the armed, violent, militant protesters nor the police--gave peace a chance during the August 12 demonstrations in Charlottesville, Va.

What should have been an exercise in free speech quickly became a brawl.

It's not about who threw the first punch or the first smoke bomb.

It's not about which faction outshouted the other, or which side perpetrated more violence, or even which group can claim to be the greater victim.

One young woman is dead because of the hate, violence, intolerance, racism and partisanship that is tearing this country apart, and it has to stop.

She was killed by a 20-year-old Neo-Nazi who drove his car into a crowd of pedestrians in Charlottesville, Va.

Words, no matter how distasteful or disagreeable, did not turn what should have been an exercise in free speech into a brawl.

That was accomplished by militant protesters on both sides of the debate who arrived at what should have been a nonviolent protest armed with sticks and guns, bleach bottles, balloons filled with feces and urine and improvised flamethrowers, and by the law enforcement agencies who stood by and allowed it.

As the New York Times reported, "Protesters began to mace one another, throwing water bottles and urine-filled balloons-- some of which hit reporters -- and beating each other with flagpoles, clubs and makeshift weapons. Before long, the downtown area was a melee. People were ducking and covering with a constant stream of projectiles whizzing by our faces, and the air was filled with the sounds of fists and sticks against flesh."

The madness is spreading.

People I know--good, decent people who value equality, reject racism, and believe strongly in tolerance--in their grief and dismay and disgust, threatened violence, acted like a mob, and adopted similarly violent, intolerant, disorderly tactics as those they claim to oppose.

Those who defend free speech were castigated by those who believe that only certain views should be allowed to be heard.

Those who cling to nonviolence were outnumbered by angry mobs intent on inciting violence.

Related Topic(s): Antifa; Ku Klux Klan; Nonviolence; Protest; Riots, Add Tags
Add to My Group(s)
Go To Commenting
The views expressed herein are the sole responsibility of the author and do not necessarily reflect those of this website or its editors.