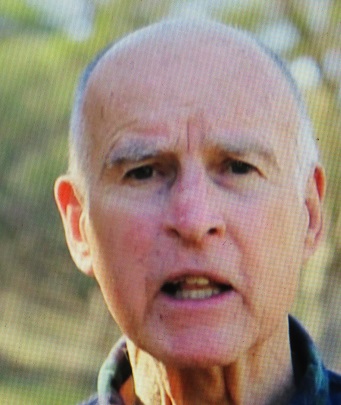 Last weekend, California Democrats had their first virtual state convention. Most of the delegates contacted for a reaction expressed dissatisfaction with the Internet glitches, general confusion, lack of sound when it counted most, an almost continuous promotion of fear and hate and lack of promised access to caucuses, committees and reports. The press (including press photographers) was invited to participate via the live feed. In some cases, the press had better access to the events than the delegates themselves. 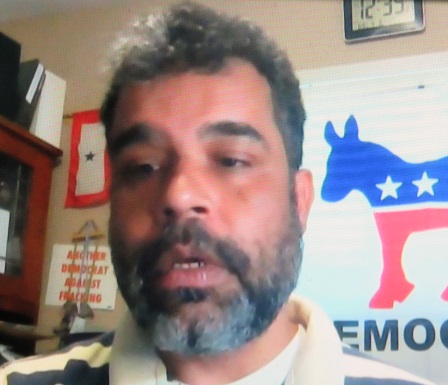 Daraka Larimore-Hall
(Image by Henry Samson)   Details   DMCA
The most popular speech of the convention was that of out-going Vice Chairman Daraka Larimore-Hall, who simply listed the names of African-Americans who had been killed by police. Other speeches contained the message of live in fear and hate Republicans. Larimore-Hall has often been seen as the conscience of the California Democratic Party leadership, frequently standing up against the Democratic Party's selling out of its grass-roots Democrats to lobbyists and corporate donors. 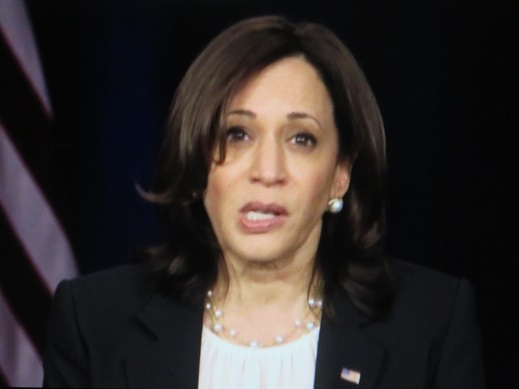 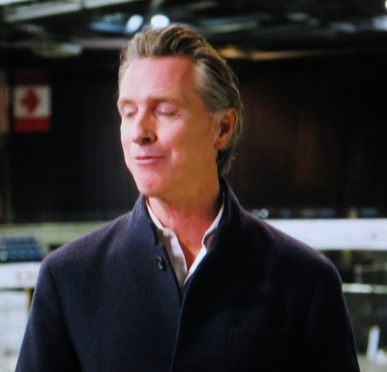 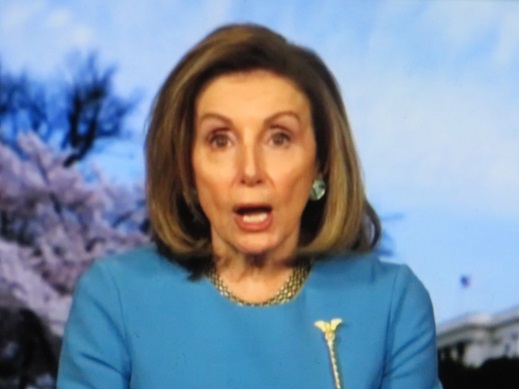 The most confusing day of the convention was May 2nd, when delegates were to vote on resolutions and legislative agenda but were not given the link to what they were voting on. Contrary to normal practice, the resolutions to be voted on were not announced the night before and the legislative report was different than that which had been on the website previously, leaving most delegates in confusion, especially since the to-be-voted upon list of bills was not apparent to most delegates. At in-person conventions, it is standard procedure to hand out consent calendars with the items to be approved. However, the party often runs out and sometimes many delegates don't get get a copy at in-person conventions either.

Most votes on the floor resolutions took place without a quorum and without a link to the consent calendar, creating considerable doubt that the votes were legitimate. While amendments on pulled resolutions were being addressed, the sound too frequently went out on the feed to the delegates who had no idea on what or why they were voting. It was announced that delegates had written into the question and answer queue that they couldn't hear but no accommodation was made to remedy that problem or catch delegates up on what they had missed. Other delegates wrote into the outside chat that the Q and A queue was not working for them. When it was announced that a quorum was present, the total number of delegates voting actually decreased. The quorum was asked to blindly approve what had gone on before they entered without a refresher as to what they had missed. Later it was announced that a quorum was no longer present. With sound going in and out on the delegate feed and most delegates indicating they could not hear parts, the confusion was at an all-time high. Many of the delegates contacted afterwards said they voted based on guesswork about what they suspected or guessed was before them.

One of the two best statements during the resolutions committee report was given by a delegate from the 69th A.D, who attempted to amend a pro-corporate resolution. She reminded the delegates of what the party used to stand for when it stood for the interests of the people. To the shock of many, Christine Pelosi (daughter of Nancy Pelosi) opposed the use of the word "Republican" in an anti-recall resolution, pointing out that a lot of Democrats and independents had signed the recall petition against Gavin Newsom. Christine and her mother have never been considered populists and her mother has been making counter-comments. Christine's remarks failed with the majority of delegates whose votes were counted during the non-quorum vote. When the bulk of the delegates are to the Establishment side of Christine Pelosi, that raises a lot of questions regarding the delegate selection process. In speaking with the 69th AD delegate who had stood up for people over corporations on an earlier amendment, she said she herself was surprised to have agreed with Christine Pelosi on this point.

Aside from the Internet difficulties and recurrent expressions of values that went largely against those of JFK and FDR, the delegates were treated to more presentations from a wider variety of leaders than in the past. To anyone looking at the official virtual chat, it was clear there were many dissatisfied delegates. The hope for an in-person convention next year was expressed from the podium. That would eliminate many of the problems associated with the 2021 convention. 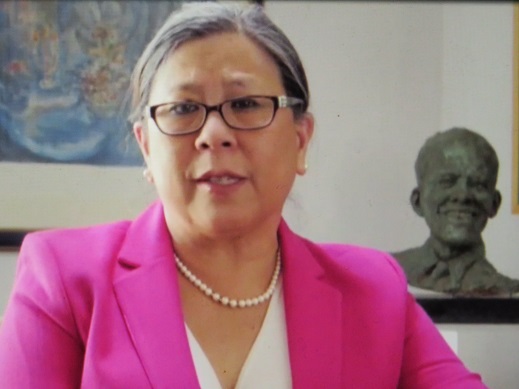 Henry has been a professor of political science and legal ethics and an advisor to many successful candidates for public office. He is currently working on a book about the inequality crisis in America.
Related Topic(s): Blacks Killed By Police; Corporate; Corporations; Corporations; Democratic Legislation; Democratic Party; Democratic Policy; Democratic Sellout; Democratic Values; Donors; (more...) Fear; Police; Recall; Speech; Technocrats; Voting, Add Tags  (less...)
Add to My Group(s)
Go To Commenting
The views expressed herein are the sole responsibility of the author and do not necessarily reflect those of this website or its editors.