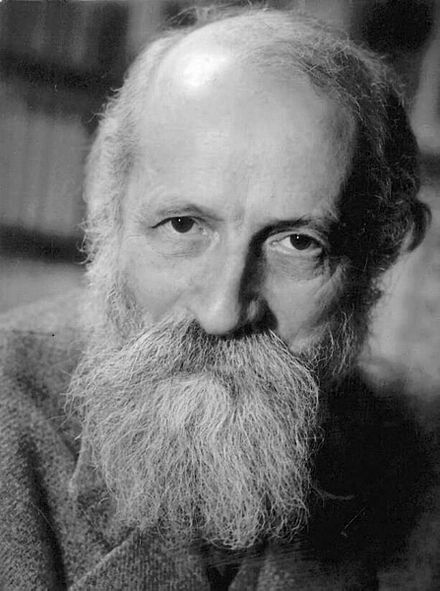 Duluth, Minnesota (OpEdNews) May 18, 2019: For more than five decades now, I have been an enthusiastic disciple of the American Jesuit Renaissance specialist and cultural historian Walter J. Ong (1912-2003; Ph.D. in English, Harvard University, 1955). Because Ong frequently mentions Martin Buber's 1923 book I and Thou, I explicitly included Buber's famous expression in the subtitle of my book Walter Ong's Contributions to Cultural Studies: The Phenomenology of the Word and I-Thou Communication, 2nd ed. (Hampton Press, 2015).

Ong's massively researched doctoral dissertation about the French Protestant logician and educational reformer and martyr Peter Ramus (1515-1572) was published, slightly revised, in 1958 by Harvard University Press in two volumes: (1) Ramus, Method, and the Decay of Dialogue: From the Art of Discourse to the Art of Reason and (2) Ramus and Talon Inventory, an annotated bibliography of the more than 750 volumes by Ramus and his followers and critics that Ong tracked down in over 100 libraries in the British Isles and Continental Europe -- and, yes, Ramus' work in Latin was well-known in the German-speaking world.

In the former book, Ong does not happen to advert explicitly to Buber. But we may wonder when Ong first read Buber's 1923 book in German Ich und Du that was first translated into English as I and Thou in 1937 by Ronald Gregor Smith which was reissued by an American publisher in 1958. No doubt what Ong describes as the monologic tendency of Ramist logic concentrating on developing one's own line of argument and, in theory, not engaging real or imagined adversarial positions can also be described as what Buber refers to as an I-it relationship (with one's own thoughts). However, it does not necessarily follow that engaging real or imagined adversarial positions always and everywhere involves an I-thou (or I-you) relationship, although it might at times.

Now, Paul Mendes-Flohr (born in 1941) of the University of Chicago, the editor-in-chief of the twenty-two volume German critical edition of the collected works of Martin Buber, has artfully written a low-keyed but deeply informed 400-page book about Martin Buber (1878-1965). Martin Buber: A Life of Faith and Dissent (Yale University Press, 2019) is an accessible book that is worth reading slowly and carefully from beginning to end. The book includes notes (pages 325-385), acknowledgments (pages 387-390), and an index (pages 391-405) and a few photographs following page 131. It is part of Yale's Jewish Lives book series (see pages 406-409). However, the book could be enhanced by adding detailed maps of Germany and Poland and the Palestine Mandate (later Israel).

Now, in the introduction (pages xi-xvii), Mendes-Flohr says, "The story I tell about [Buber's] life and thought is shaped by what he relates primarily in his correspondence the Martin Buber Archives at the National Library of Israel contains over fifty thousand letters between Buber and hundreds of correspondents as well as in parenthetical autobiographical comments scattered throughout his writings" (pages xii-xiii). Mendes-Flohr also quotes from certain other people's published letters. All translations in the book are by Mendes-Flohr.

As you might expect, I was most interested in Mendes-Flohr's account of Buber's life and work leading up to his writing his famous 1923 book in German that has twice (1937 and 1970) been translated into English as I and Thou. As Mendes-Flohr explains (page 223), the second edition of Ronald Gregor Smith's 1937 translation of Buber's I and Thou was published by an American publisher in 1958 and reached a receptive audience thanks in part to strong endorsements by the German-American Lutheran theologians Paul Tillich (1886-1965) and the American Reformed (Calvinist) theologian Reinhold Niebhur (1892-1971), who were very influential in white Anglo-Saxon Protestant (WASP) culture in the 1950s you know, when America was great under WASP influence. Nevertheless, the same publisher, Charles Scribner's Sons, brought out a new translation of Buber's masterpiece by Walter Kaufmann in 1970.

Arguably Kaufmann is most famous as a Nietzsche scholar and translator. Mendes-Flohr says, "The sixteen-year-old Buber was so taken by his new understanding of Nietzsche that he undertook to render Thus Spoke Zarathustra into Polish, though he soon learned that a prominent Polish poet had already signed a contract to translate it, obliging the young Buber to give up the project" (pages 17-18). Mendes-Flohr also says, "Although over the years he would modify his view of Nietzsche, Buber remained at bottom an apostle of Zarathustra and his life-affirming journey toward self-mastery, toward freedom from the dictates of arbitrary authority. This impulse would ultimately and decisively inform Buber's unique brand of religious anarchism, informed by his teaching that a life of genuine dialogical encounter with God is not determined by traditionally prescribed ritual practices and theological doctrine" (page 18).

Whatever else may be said about Ong, I do not think that he could be accurately characterized as "at bottom an apostle of Zarathustra." But existentialist themes characterize a number of Ong's essays in his book The Barbarian Within: And Other Fugitive Essays and Studies (Macmillan, 1962). For Ong's perceptive discussion of Nietzsche's claim that God is dead, see Ong's essay "Post-Christian or Not?" in his book In the Human Grain: Further Explorations of Contemporary Culture (Macmillan, 1967, pages 147-164).

In the present review essay, I will highlight three specific parts of Mendes-Flohr's new book: (1) HANNAH ARENDT ON BUBER AS GUIDE FOR YOUNG GERMAN JEWS, (2) BUBER'S RESPONSE TO MAHATMA GANDHI, and (3) BUBER AND ROMANO GUARDINI.

HANNAH ARENDT ON BUBER AS GUIDE FOR YOUNG GERMAN JEWS

In any event, I liked the lengthy statement about Buber by twenty-nine-year-old Hannah Arendt )1906-1975) that Mendes-Flohr quotes at length. on pages 200-201.

"From her exile in Paris in 1935, the twenty-nine-year-old Hannah Arendt wrote an article in French attested to Buber's impact on her generation of German Jews:

Related Topic(s): Catholic; Community; Faith; Gandhi; God; Jewish; Nietzsche; Protestant; Technology; Zionism, Add Tags
Add to My Group(s)
Go To Commenting
The views expressed herein are the sole responsibility of the author and do not necessarily reflect those of this website or its editors.