War is a grisly business, a horror of epic proportions. 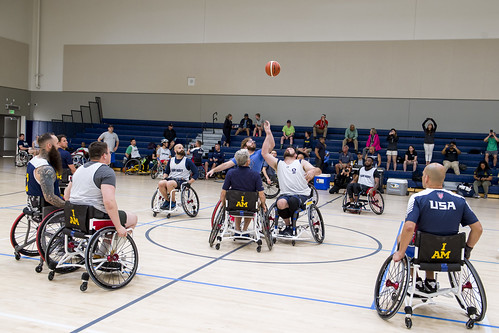 In terms of human carnage alone, war's devastation is staggering. For example, it is estimated that approximately 231 million people died worldwide during the wars of the 20th century. This figure does not take into account the walking woundedboth physically and psychologicallywho "survive" war.

Many of those who have served in the military are among America's walking wounded.

Despite the fact that the U.S. boasts more than 20 million veterans who have served in World War II through the present day, the plight of veterans today has become America's badge of shame, with large numbers of veterans impoverished, unemployed, traumatized mentally and physically, struggling with depression, suicide, and marital stress, homeless, subjected to sub-par treatment at clinics and hospitals, and left to molder while their paperwork piles up within Veterans Administration offices.

According to a recent report by the Department of Veterans Affairs, at least 60,000 veterans died by suicide between 2008 and 2017.

On average, 6,000 veterans kill themselves every year, and the numbers are on the rise.

As Brene' Brown, research professor at the University of Houston, observed, "For soldiers serving in Afghanistan and Iraq, coming home is more lethal than being in combat."

Unfortunately, it's the U.S. government that poses the greater threat to America's military veterans, especially if they are among that portion of the population that exercises their First Amendment right to speak out against government wrongdoing.

Consider: we raise our young people on a steady diet of militarism and war, sell them on the idea that defending freedom abroad by serving in the military is their patriotic duty, then when they return home, bruised and battle-scarred and committed to defending their freedoms at home, we often treat them like criminals merely for exercising those rights they risked their lives to defend.

The government even has a name for its war on America's veterans: Operation Vigilant Eagle.

As first reported by the Wall Street Journal, this Department of Homeland Security (DHS) program tracks military veterans returning from Iraq and Afghanistan and characterizes them as extremists and potential domestic terrorist threats because they may be "disgruntled, disillusioned or suffering from the psychological effects of war."

Coupled with the DHS' dual reports on Rightwing and Leftwing "Extremism," which broadly define extremists as individuals, military veterans and groups "that are mainly antigovernment, rejecting federal authority in favor of state or local authority, or rejecting government authority entirely," these tactics bode ill for anyone seen as opposing the government.

Yet the government is not merely targeting individuals who are voicing their discontent so much as it is taking aim at individuals trained in military warfare.

Don't be fooled by the fact that the DHS has gone extremely quiet about Operation Vigilant Eagle.

Where there's smoke, there's bound to be fire.

Related Topic(s): Veterans; Veterans Admin VA; Veterans Administration; Veterans Neglected, Add Tags
Add to My Group(s)
Go To Commenting
The views expressed herein are the sole responsibility of the author and do not necessarily reflect those of this website or its editors.