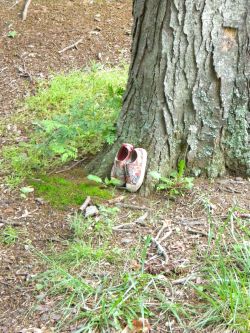 What on Earth Will We Leave Behind
(Image by Marcello Rollando)   Details   DMCA
To survive Trump/Pence rout of American Constitutional laws, caregivers of reason need become America's global healing force for global peace, earth's revival and both rejuvenation and survival of honest elections for government of, by and for the people because Donald Trump has irrevocably proven his world view; the real art of his deal: tough people rising up against a peaceful transfer of presidential power.

Although founded in the midst of treasonous revolt turned miraculously blessed revolution, America was not built by rich and powerful property owners, but by farmers, small business owners and young adults who were the formative catalysts of our first, greatest generations.

The American Dream nightmare, however, remains confusing American one person one vote Exceptionalism, with superiority over all who don't look like Benedict Arnold, think like Edward Rutledge or behave like John Adams.

America's Ascension began its Descension when our founding reins of power, were usurped by conservative wealth, for whom power is the thrill of dominating the vulnerable and the more colorful.

Since, with a sense of entitlement, Europeans in search of plunder, intruded on a massively beautiful, true land of the free, violently conquering and lasciviously infecting its indigenous natives people who care for global life, have been increasingly ignored by invading bullies.

America's half-told history is replete with violent, rougher behavior and oversimplified short-sighted responses to, the Golden Rule. Now, self-destructive denial is wounding those who care enough to give, and those most in need of care.

Rooted in the love of money instead of caring for humanity and planet, psychological clones of Martin Shkreli, CEOs of Tabaco industry and Great Recession causing Wall Street banks, who knew what they were doing, and did it anyway to Conservatives and Liberals alike - now gluttonously melt our children's future, denying Climate Change while institutionalizing Climate Injustice for profit.

Nonetheless, America's caregivers come in all shapes, sizes and colors both gay and straight, Democrat and Republican all, having accepted hands on responsibility to the suffering of others, knowing, good people must do good things for other people because greedy bigots won't.

But are we, who are blessed with standing on the enviable side of Dementia, addiction and physical challenges, caring for human beings to whom Conservative Republicans, Billionaires and, after birth Evangelicals are increasingly, deaf and blind, being drowned out by public and private executives seeding hate?

Most Americans know our latest version of America, trumpeting Trump/Pence, is neither renewed greatness nor our finest hour - but more akin to Andrew Jackson's Indian Removal Act and the 2005 Republican 108th Congress protection for NRA bottom line and gun makers' immunity.

There is a difference between remembrance of history and reverence for it, and until more of us become caregivers for earth and all life upon it, we risk being buried by those worshiping at the altar of extreme drought and flooding denial, Mistakes were Made and the Mission Accomplished lies we tell ourselves.

Wisdom is founded in listening - particularly to our first caregivers: mothers, nurses and teachers who know the life-giving value of, always, listen to the children instead of sentencing them to crippling student loan debt, income disparity and constitutionally ensconced gender inequality.

The mantle of, The Greatest Generation, tarnished by Baby-Boomers, has been passed to new generations, but Lady Liberty's torch, a smoldering reminder of what can happen to, one brief shining moment, when left in the bloodstained clinched fists of the apathetic and self-indulgent.

Allowing America to be defined by conservative gray-haired men who have failed to conserve trust, hope or safe environment for those who stand in the shadow of their palatial envying monuments to a failed past cannot be the America we bequeath our children's children.

Communications consultant and ghost writer for progressive political organizations, causes and candidates. Text/content contributor, script doctor, rewriting/editing political speeches and theatre scripts, screenplays, teleplays and other creative (more...)
Related Topic(s): Banks; Change; Climate; Conservatives; Dementia; Denial; Future; Love; Money; Responsibility, Add Tags
Add to My Group(s)
Go To Commenting
The views expressed herein are the sole responsibility of the author and do not necessarily reflect those of this website or its editors.