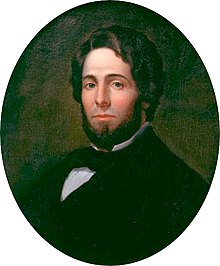 In 1978, Dr. Edinger published his short book Melville's Moby-Dick : A Jungian Commentary: An American Nekyia (New York: New Directions). In the Homeric epic the Odyssey, the episode in which Odysseus visits the underworld is titled Nekyia in printed editions. Edinger's thesis is that in the process of writing Moby-Dick (1851), Herman Melville (1819-1891), figuratively speaking, visited the underworld in his psyche - the realm of the psyche under or below ego-consciousness and under or below the realm of the personal unconscious and memory, the realm of the collective unconscious and the archetypes, including the archetype of the Self (in Jungian terminology). I capitalize "Self" here to indicate the archetype; ego-consciousness may be referred to by many people today as the "self" (lower-case).

In 1995, the second edition of Edinger's 1978 book was published as Melville's Moby-Dick : An American Nekyia (Toronto: Inner City Books), with parenthetical page references to the 1992 Penguin Classics critical edition of Herman Melville's now famous novel Moby-Dick (1851), edited by Harrison Hayford, Hershel Parker, and B. Thomas Tanselle, with introduction by Andrew Delbanco and with notes and explanatory commentary by Tom Quirk - and with more recent editions of six books by Edinger (1984, 1992, 1990, 1995, 1994, and 1992, respectively) added to the bibliography (page 144).

Edinger sketches Herman Melville's life from his birth on August 1, 1819, to his death on September 28, 1891 (pages 14-21). Edinger highlights how young Herman's father had "a complete mental breakdown" and "at the age of forty-nine, Allan Melville was dead" - when Herman was twelve years old (page 16). Later, Edinger says, "Melville's experience with his father involved the fearful encounter with insanity and death at the tender age of twelve" (page 85). Young Herman's mother's brother, his Uncle Peter Gansevoort, became a surrogate father for him - and later gave Melville the money to pay for having his long centennial poem Clarel: A Poem and Pilgrimage in the Holy Land (1876) published. But would Herman also have a complete mental breakdown and die as a result of it after he turned forty-nine in 1868 - or perhaps before then?

Now, Melville's novel Moby-Dick was published in 1851, the year in which he turned thirty-two - about the time when he had such an intense relationship with the somewhat older author Nathaniel Hawthorne (1804-1864), to whom he dedicated Moby-Dick. Shortly after it was published, Melville started writing his next novel Pierre, or, The Ambiguities (1852).

But Edinger says, "During the next twelve years, from 1853 to 1865 (age thirty-four to forty-six), Melville went through a period of extreme psychic distress and reorientation. His mental and physical health were in jeopardy, and at times he was close to psychosis or suicide. During this period, he was apparently living through the events that had been foreshadowed symbolically in Moby-Dick. He was entering the years Jung has described as the second half of life, requiring a major psychic reorientation and the development of a religious attitude" (page 20).

For further discussion of ego-consciousness in relation to the Self archetype, see Edinger's 1972 book Ego and Archetype: Individuation and the Religious Function of the Psyche (New York: Putnam for the C. G. Jung Foundation for Analytical Psychology).

However, in Edinger's 1995 book about Melville's Moby-Dick (1851), Edinger also says, "In spite of a regular job [as a minor customs official in Manhattan], Melville continued to write, turning increasingly to poetry. In addition to many incidental poems, he produced Clarel [1876], a weighty, religious-philosophical poem, which derived its setting from his journey to the Holy Land in 1856-1857. This work, long [almost 18,000-lines of poetry], difficult, and immensely rich in content, has yet to receive due recognition" (page 21).

Now, in my admittedly belated estimate, Joseph G. Knapp, S.J., takes a firm step in the direction of bringing due recognition to Melville's Clarel (1876) with his 1971 book Tortured Synthesis: The Meaning of Melville's Clarel (New York: Philosophical Library), and William Potter takes another firm step in this direction in his 2004 book Melville's Clarel and the Intersympathy of Creeds (Kent State University Press). Incidentally, Potter's book can also double as background information for Jung and his circle of people interested in comparative religion.

Now, in the most brilliant passage in Edinger's 1995 short book about Melville's Moby-Dick (1851), Edinger uses Jungian terminology to explain how, in effect, President ("Tweety") Trump uses his rabble-rousing techniques to arouse his most ardent supporters in our American ship of state, figuratively speaking (the trick to reading Melville is to use your own analogical imagination as you read about his characters and their events):

"Ahab gathers all hands on deck to inform them of his vengeful plans to seek out Moby-Dick and destroy him. The power of his conviction is contagious. With rabble-rousing technique - evoking hatred, then providing an enemy on which to vent the hatred - Ahab infects the whole crew with his madness. Only Starbuck raises an objection" - when Ahab asks if they will chase the white whale (pages 72-73).