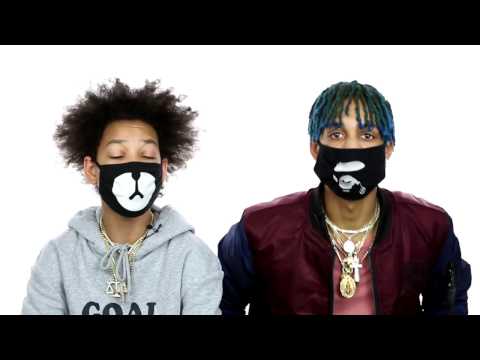 Covid-19 has laid bare a fundamental truth: that capitalist healthcare is a contradiction in terms, since capital like the killer virus cares for nothing but reproducing itself.

What some may remember as the Year of the Lost Spring lost loved ones, lost jobs, lost freedom of movement may also become the year that the oligarchy and its servants in both corporate parties lost popular permission to dictate the terms of life and death in the United States. For the second time this century, the economies of the U.S. and Europe are circling the abyss, dragging much of the rest of the planet with them, while China, site of the first large eruption of Covid-19, leads the world in both economic resilience and global mutual aid and Cuba has stepped forward once again as the champion of medical solidarity.

The superpower that has killed millions in its quest for global supremacy has utterly failed the most basic test of legitimacy at home: the ability to protect its own population. Covid-19 has laid bare a fundamental truth: that capitalist healthcare is a contradiction in terms, since capital like the killer virus cares for nothing but reproducing itself. The U.S. "public" health sector is revealed as a hollowed-out shell, crippled and shrunken by decades of unrelenting privatization at the hands of the oligarch-serving political duopoly. In effect, the Lords of Capital have been devouring the nation's protective membrane, leaving the population defenseless against, not only microbes, but every disease of the poor plus opiates and the lethal social pathologies that spawn spectacular and uniquely American mass shootings at schools, churches and shopping malls, and the daily slaughter of Black and brown youth on the streets.

The idiot currently occupying the White House did not create the healthcare crisis, and the people know it. Donald Trump is far too incompetent and unfocused to pull off such a monumental crime, which has been unfolding for decades. Democrats have been full partners in stripping the people of public health protections including New York Gov. Andrew Cuomo, the current darling of corporate media, who continues to press for $2.5 billion in Medicaid cuts in his own state even as he poses as the nation's top virus-slayer. Joe Biden, the not-all-there man who some would like Cuomo to replace as the Democratic presidential nominee, vows to veto Medicare for All the first, preliminary step towards a real national health care system if it ever comes across his White House desk. Politicians of both parties take their orders from the Lords of Capital. Otherwise, they are demonized and threatened with expulsion from the capitalist duopoly, the only electoral game that is allowed under oligarchic rule, which is why Bernie Sanders will always be a loyal sheep-dog for a party that opposes his old-style Democratic reforms.

In the big cities, it is almost invariably the Democrats that enforce Rich Man's Rule many of them Black Democrats, since the other half of the duopoly is the White Man's Party (GOP). Big labor's only duopoly option is also the Democrats, a straight-jacket that union hacks have no desire to escape, preferring concubinage (whoring) to conflict with the ruling capitalist class.

The unions that purport to fight for the workers, and Blacks, who are overwhelming working class and the most left-leaning ethnicity in the nation, have both been reduced by the duopoly to annexes of the Democratic Party, a fatal embrace. The duopoly serves only one master: Capital. Back when the Democrats were the White Man's Party and an aging Frederick Douglass made his living as a Republican functionary, the former firebrand declared, "The Republican Party is the ship and all else is the sea around us." Just as Douglass' Republicans eventually sanctioned Jim Crow and the dictatorship of Capital, the Democrats have become bulwarks of an austerity Race to the Bottom that has thrown the working class and its most marginalized components overboard to drown in a sea of declining living standards and disappearing "real" jobs and social supports and without a national health care system.

Covid-19 has made clear the lunacy of this deal with the devil, and that "nobody will save us, but us." Cooperation Jackson, the Mississippi-based "emerging vehicle for sustainable community development, economic democracy, and community ownership," last week put out a call for a general strike to begin on May 1st -- May Day -- and a list of demands "that will transform our broken and inequitable society, and build a new society run by and for us the working-class, poor, oppressed majority." (See BAR, April 6, 2020.)

"Despite the asymmetry of power between ourselves on the Left and the organized working-class, and the forces of the right," says the Call, "we have to do everything we can to intervene. We must stop the worst most deadly version of this pandemic from becoming a reality, and we have to ensure that we never return to the society that enabled this pandemic to emerge and have the impact it is having in the first place. We must do everything that we can to create a new, just, equitable and ecologically regenerative economy."

The proposed demands include protection of front-line workers exposed to the virus, and of ...other vulnerable communities, including the homeless, migrants, and refugees from discrimination and attack in this time of crisis"; democratization of the means of production, by converting corporations into cooperatives; universal healthcare and basic services (education, childcare, elderly care, water, electricity, internet, etc.); a universal basic income; democratized credit ("Bail out the people, not the corporations and Wall Street"); a "decarbonized economy and Green New Deal; housing as a human right; clean and decommodified water for all; a Debt Jubilee; release of prisoners and closure of jails and prisons; closure of detention centers and reunification of families; shutdown of overseas military bases and cuts in the military budget, with spending transferred to social needs and infrastructure.

Cooperation Jackson spokesman Kali Akuno said nearly 300 activists took part in a conference call on Monday and reached "consensus on doing collective action to support what's already going on." Committees were formed to launch and sustain the strike and to put together a national strike fund.

"We're trying to answer questions of the last 30 years in a few days," said Akuno. May Day is important, "but we have no illusion that the 'big one' will happen on May 1st," with the epidemic raging and much of the population still on lockdown, "but we'll keep working towards it to send a clear message that we need a new system."

The resistance predates Cooperation Jackson's call. Dr. Abdul Alkalimat, professor of African American Studies at the University of Illinois, Urbana-Champaign, compiled and circulated a list of grassroots labor and social activist actions in the time of plague across the nation and the world:

Related Topic(s): Corona Virus Coronavirus Covid-19; Cuomo; Democratic; Economy; Healthcare; Jobs; Republican, Add Tags
Add to My Group(s)
Go To Commenting
The views expressed herein are the sole responsibility of the author and do not necessarily reflect those of this website or its editors.