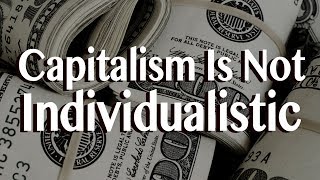 The neoliberal, arch-capitalist era we inhabit is chock-full of statistics and stories that ought to send chills down the spines of any caring, morally sentient human. Nearly three-fourths (71 percent) of the world's population is poor, living on $10 a day or less, and 11 percent (767 million people, including 385 million children) live in what the World Bank calls "extreme poverty" (less than a $1.90 a day). Meanwhile, Oxfam reliably reports that, surreal as it sounds, the world's eight richest people possess among themselves as much wealth as the poorest half of the entire human race.

The United States, self-described homeland and headquarters of freedom and democracy, is no exception to the harshly unequal global reality. Six of the world's eight most absurdly rich people are U.S. citizens: Bill Gates (whose net worth of $426 billion equals the wealth of 3.6 billion people), Warren Buffett (Berkshire Hathaway), Jeff Bezos (Amazon), Mark Zuckerberg (Facebook), Larry Ellison (Oracle) and Michael Bloomberg (former mayor of New York City). As Bernie Sanders said repeatedly on the campaign trail in 2016, the top 10th of the upper 1 percent in the U.S. has nearly as much wealth as the nation's bottom 90 percent. Seven heirs of the Walton family's Walmart fortune have among them a net worth equal to that of the nation's poorest 40 percent. Half the U.S. population is poor or near-poor, and half lacks any savings.

Just over a fifth of the nation's children, including more than a third of black and Native American children, live below the federal government's notoriously inadequate poverty level, while parasitic financiers and other capitalist overlords enjoy unimaginable hyper-opulence. One in seven U.S. citizens relies on food banks in "the world's richest country." Many of them are in families with full-time wage-earners -- a reflection of the fact that wages have stagnated even as U.S. labor productivity consistently has risen for more than four decades.

These savage inequalities reflect government policy on behalf of "the 1 percent" (better, perhaps, to say "the 0.1 percent"). U.S. economic growth since the late 1970s has been unequally distributed, thanks to regressive policy choices that have served the rich and powerful at the expense of ordinary working people. As Joshua Bivens of the Economic Policy Institute showed in his important 2011 study, "Failure by Design," the following interrelated, bipartisan and not-so-public policies across the long neoliberal era have brought us to a level of inequality that rivals the Gilded Age of the late 19th-century robber barons era. These policies include:

* Letting the value of the minimum wage be eroded by inflation.
* Slashing labor standards for overtime, safety and health.
* Tilting the laws governing union organizing and collective bargaining strongly in favor of employers.
* Weakening the social safety net.
* Privatizing public services.
* Accelerating the integration of the U.S. economy with the world economy without adequately protecting workers from global competition.
* Shredding government oversight of international trade, currency, investment and lending.
* Deregulating the financial sector and financial markets.
* Valuing low inflation over full employment and abandoning the latter as a worthy goal of fiscal and economic policy.

These policies increased poverty and suppressed wages at the bottom and concentrated wealth at the top. They culminated in the 2007-09 Great Recession, sparked by the bursting of a housing bubble that resulted from the deregulation of the financial sector and the reliance of millions of Americans on artificially inflated real estate values and soaring household debt to compensate for poor earnings.

After the crash, the government under both George W. Bush and Barack Obama bailed out the very financial predators who pushed the economy over the cliff. The Obama administration, populated by Goldman Sachs and Citigroup operatives, left the rest of us to wonder "Where's our bailout?" as 95 percent of the nation's new income went to the top 1 percent during his first term.

Paul Street (www.paulstreet.org and paulstreet99@yahoo.com) is the author of Empire and Inequality: America and the World Since 9/11 (2004), Racial Oppression in the Global Metropolis (2007), Barack Obama and the Future of American Politics (more...)
Related Topic(s): Financial; Inequality; Nightmare; Population; Poverty, Add Tags
Add to My Group(s)
Go To Commenting
The views expressed herein are the sole responsibility of the author and do not necessarily reflect those of this website or its editors.