By Robert Weiner and August Clarke 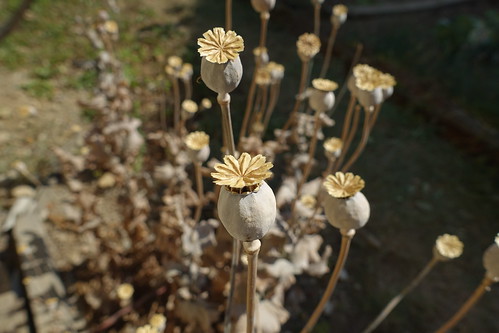 The canceled "Afghanistan peace plan" and Camp David meeting by US with Taliban leaders ignored Afghanistan's world-leading opium and heroin production that funds their terrorist activities against us and throughout the world. Now the US has a chance to get it right. Talks have resumed between the Taliban and top American diplomats who recently led peace negotiations with them. Pakistan has urged both sides to resume peace talks and the Taliban has said it remains open to talks with the United States." Now, a deal seems even more likely to be accomplished in the near future.

Afghanistan produced approximately 9,000 metric tons of opium last year - nearly double global consumption. Afghanistan's opium harvest produces more than 90% of illicit heroin globally. Under our watch, Afghanistan experienced record highs for opium crops and now supplies 92% of the world's heroin-producing opium according to the United Nations. We say we want an economically stable Afghanistan, but they are dependent on drug manufacturing.

Sixty-five percent of Taliban income comes from opium trafficking. The nation is in abject poverty. According to Aryana Aid, a volunteer charity in Afghanistan, and government estimates, 42 per cent of the country's total population lives in poverty. The drug trade has been funding the Islamic-state, Al-Qaeda, and now ISIS. It spills over next door to our supposed ally Pakistan's traffickers too, who transport 1/3 of the amount of Afghanistan for the Taliban -- a huge impact-- so it's a double whammy against us.

In March 2019, the US Department of State released the International Narcotics Control Strategy Report. It states: "A symbiotic relationship exists between the insurgency and illicit drug trafficking." Also, "traffickers provide weapons, funding, and material support to the insurgency in exchange for protection." The narcotics industry is a primary driver of corruption, which undermines the law throughout Afghanistan. The Afghan government is slow to implement a National Drug Action Plan. They like their lucrative narco-economy.

The US and Afghanistan have cooperated with one another to curtail the illicit drug trade. As stated in the US National Drug Control Strategy, "The U.S. Government will focus its diplomatic efforts to encourage partner nations to produce results that match the growing threat from illicit drugs." Yet the opium economy still thrives.

Since the US launched its anti-drug campaign in Afghanistan, it has turned a blind eye, despite strong protests from former Drug Czar Barry McCaffrey, a four-star general, who worked toward reductions in Afghan opium during his tenure 1996-2000. Years later, the Special Inspector General for Afghanistan Reconstruction reported in June 2018 that recent "U.S. counter narcotics programs were minimal, in part due to the military's (other than McCaffrey) concerns that they would detract from higher priority counterterrorism goals."

Moreover, mobilization of Afghan political support and institution building was a failure. Though considerable funding was allocated to support the Ministry of Counter Narcotics, the ministry lacked the political capital, authority, and capacity to effectively mobilize the Afghan government's effort.

One strategy had an effect from 2009 to 2013. Secretary of State Hillary Clinton froze the assets in Afghanistan that related to drug money laundering, restricting the Taliban's business and production went down. However, this was a short-term fix.

John Sopko, the Special Inspector General for Afghanistan said in a recent interview with Sharyl Attkisson, "America's top general- Joseph Dunford-admitted the Taliban are 'not losing.' In all, more than 2,400 US soldiers have been killed. The Islamic extremist Taliban remain dominant and spreading. The Afghan government is mired in corruption. And billions of US tax dollars have been lost to waste, fraud and abuse."With the right strings attached, the U.S. can assure that Afghanistan actively combats corruption at all levels to regain its counterdrug campaigns, and that provincial governors and other relevant officials genuinely cooperate on national drug control. It is clear there must be bolder surveillance and eradication of poppy fields -- we can survey and quantify by air, as we do in Colombia, while incentivizing economic alternatives for opium growers to change products.

With the Taliban's strength growing, especially if we make a deal, our national security is at stake. Stopping the spread of deadly narcotics' dirty money stops not just the drugs but the terrorism that accompanies them.