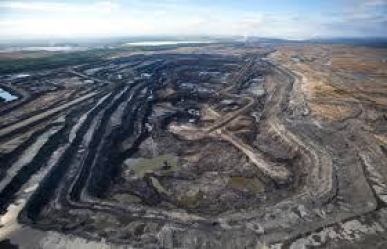 While governments' responses to the Covid-19 pandemic proves significant resources can be marshalled quickly in a crisis, there is little evidence official Canada sees global warming as a comparable emergency.

Even though Justin Trudeau's Liberals say they take climate change seriously, Canadian greenhouse gas (GHG) emissions are actually increasing. According to the inventory report the government filed with the United Nations last week, Canada's emissions grew to more than 729 million tonnes of carbon dioxide and its equivalents in 2018. This represents a 15 million tonne increase over 2017.

Incredibly, the editors at the Globe and Mail decided this information deserved a 75-word brief in the bottom corner of page 15. While Canada's paper of record buried the story, it deserved front-page attention. The situation is dire. Temperatures are increasing steadily and so too the frequency/intensity of "natural" disasters. In 2019 there were 15 natural disasters linked to climate change that caused more than a billion dollars in damage. Seven of them destroyed more than $10 billion. Hundreds of thousands have already died as a result of anthropocentric climate disturbances and the numbers will grow exponentially.

At the 2015 Paris climate negotiation the Trudeau government committed Canada to reducing GHG emissions 30 percent below 2005 levels by 2030 (a major step backwards from Canada's commitment under the Kyoto Protocol and 2009 Copenhagen Accord). But, this target is unlikely to be achieved. In December Environment Minister Jonathan Wilkinson, said Canada was expected to emit 603 million tonnes of GHG in 2030, far above the 511 million tonnes agreed to in Paris (to meet the recommendations of the Intergovernmental Panel on Climate Change Canada would need to reduce its GHG emissions to 381 million tonnes by 2030).

A November Nature Communications study seeking to reconcile the 2015 Paris Agreement's goal of limiting global temperature increases to 1.5-to-2 C concluded that if the rest of the world flouted its commitments in a similar way to Canada temperatures would increase between 3 C and 4 C by the end of the century. A Climate Transparency report card release that month found that Canada's plan to meet its GHG targets was among the worst (along with Australia and South Korea) in the G20. The November study found that the emissions intensity of Canada's buildings, transportation and agriculture were all above the G20 average and that Canadians produced nearly three times more GHG per capita than the G20 average.

Expansion of the tar sands guarantees that Canada will flout its international commitments to reduce GHG emissions. According to the Parkland Institute, "bitumen production grew 376% from 2000 through 2018" and is projected to grow by another 1.41 million barrels per day by 2040. To expand extraction of heavy carbon emitting Alberta oil, the Liberals are spending $9 billion on the Trans Mountain pipeline and related infrastructure. Last week the government announced $1.7 billion to clean up orphan wells in British Columbia, Alberta and Saskatchewan. While energy workers should be offered work cleaning up environmental devastation, the initiative is, in effect, a subsidy to a historically profitable industry that should be covering the costs.

This was not the first time the Liberals broke their pre-election promise to eliminate fossil fuel subsidies. Ottawa continues to offer billions of dollars (as much as $46 billion, according to one IMF working paper) a year in assistance to oil, gas and other fossil fuel firms. While Finance Minister Bill Morneau's 2015 mandate letter from the PM said he should "work with the Minister of Environment and Climate Change to fulfil our G20 commitment and phase out subsidies for the fossil fuel industry over the medium-term", there was no mention of this objective in either Morneau's or Environment and Climate Change Minister Jonathan Wilkinson's 2019 mandate letters.

Despite claiming to take the climate crisis seriously, the Trudeau government has failed to put the country on track to meet even dangerously insufficient targets for reducing GHG emissions. This is largely because of the oil industry's power. The profits from oil and natural gas flow to their producers and distributers, as well as the banks that finance them, and other investors whose portfolios include these stocks. These are the people who, under the current economic system, mostly determine government policy.

Related Topic(s): Canadian Imperialism; Devastation; Energy; Greenhouse Emissions; Pandemic, Add Tags
Add to My Group(s)
Go To Commenting
The views expressed herein are the sole responsibility of the author and do not necessarily reflect those of this website or its editors.