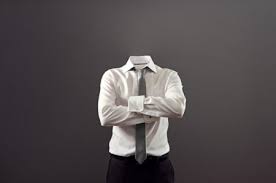 So now in my declining years and retired I have the time and inclination to do a little "activist blogging". Having fancied myself an independent thinker most of my life and a Canadian I decided to look for sources of Candian "alternative media" and in particular for a site not devoted to issue advocacy (there are plenty of those) or polemically restrictive platforms. I was looking for an open general issue news site.with the opportunity for readers to comment on individual articles and submit material for consideration to be posted online (sound familiar ?).

The reason I believe this is important is described eloquently by Matt Taibbi in his excellent book, HATE INC..:

"This was a new model for the media. Instead of targeting the broad mean, they were now narrowly hunting demographics. The explosion of cable television meant there were hundreds of channels, each of which had its own mission. Just as Manufacturing Consent came out, all the major cable channels were setting off on similar whale hunts, sailing into the high demographic seas in search of audiences to capture. Lifetime was "television for women," while the Discovery Channel did well with men. BET went after black viewers. Young people were MTV's target audience. This all seems obvious now, but this "siloing" effect that spread across other channels soon became a very important new factor in news coverage. Fox for a long time cornered the market on conservative viewers. Almost automatically, competitors like CNN and MSNBC became home to people who viewed themselves as liberals, beginning a sifting process that would later accelerate."

So the MSM's deliberate creation of siloed demographic segments is not only to grab audience attention with puerile "Jerry Springer narratives (unfortunately effective) but also for the purpose of promoting political/social/gender division (call me a conspiracy nut).

Siloed MSM also diverts attention from bottom up issues such as economic inequality by encouraging internecine cultural battles amongst the "prols". Siloed MSM crowds out the actual alt-media from positions outside the broad ideological mainstream on these bottom up issues (do we really believe that CNN or MSNBC etc. is significantly different from FOX on basic neoliberal economics ?)

I'm not a total dinosaur and understand the power of Twitter and Facebook but for reasons too complex to go into here I try to avoid them. Also, I like dinosaurs.

"Consolidation of corporate power; unprecedented cuts to newsrooms; concentration of ownership; the rise of the public relations industry; the intensification of disinformation campaigns; reliance on right-wing think tanks." And "these ongoing trends are cause for increasing alarm among hundreds of thousands of Canadians"..

Sadly, the site is no longer being maintained due to no funding for staff or volunteers.

But they helpfully provided a link a few paragraphs down for MANA (Media Alliance for New Activism) which when I clicked went to the very site I was on. Ooops! More the fool I.

But based on the directory description it sounded right up my alley. I went straight to the online section. There were 28 links provided.

I am a retired boomer from the northern state of Canada with relatives and friends living in the U.S. Blessed and cursed to be living in "interesting times" I am fascinated by the seismic political, economic and social events taking place in the (more...)

Related Topic(s): Alternative Media; Canadian Independent Media; Freedom Of Speech, Add Tags
Add to My Group(s)
Go To Commenting
The views expressed herein are the sole responsibility of the author and do not necessarily reflect those of this website or its editors.

The War On Reality

Universal Basic Income: Coming Soon to an Industrialized Nation Near You