An earlier article of this series on Balanced Voting introduced a voting system that I called Balanced-Randomized Voting (BRV). That system would best come into use when the number of candidates in an election would grow large, causing some voters to ignore many candidates merely to make the chore of voting less tedious and more manageable. BRV would best serve in a preliminary election for reducing the number of candidates to a manageable level that would allow most voters to learn about the few remaining candidates; perhaps to just five or six who would later compete in a runoff election. Even while still confined to our polarized two-party system, BRV could serve as a possible alternative for our two major parties to adopt for early primary elections.

Although it has an important flaw, BRV promises to measure voter sentiment accurately to find which of many candidates has on balance the most widespread support. It works by conducting a statistical measurement, asking each voter to declare support or opposition to just one single candidate, chosen randomly for each ballot. Each candidate is guaranteed an evaluation by a large random sample of voters. No candidate can be ignored by voters simply because media pundits have somehow determined that candidate not to be viable. And as a result, voters are motivated to learn about more candidates in the hope of forming an opinion about the candidate that shows up on their ballot.

But I observed that BRV had an important flaw, and not surprisingly that flaw relates to the fact that ornery human voters (unlike machines) get tired and rebellious. Voter dissatisfaction with BRV would be likely to grow. Just imagine a voter who takes the trouble to vote, arranging for time off work and possibly standing in line for hours, only to be asked to evaluate some candidate that the voter cares little about or even whom the voter may not recognize by name. After a very few such experiences the voter may decide it was just not worth the effort to vote like this. How would it be possible to counteract this likely reaction?

An approach to addressing this problem is at least interesting to consider. What if we allowed the voter, when turning in a completed ballot, to request and receive another blank one. That second ballot has another randomly selected name on it, so it is not impossible that the voter may be asked to vote again regarding the same candidate, but most likely it would be a different one. The voter would be put in charge of how many ballots to submit. What would be the consequences for the election be?

The election would of course weight a repeat voter's opinions more than other voters who cast only a single ballot, but each other voter would have the very same opportunity to have more of a say. The effect would be to give those voters with more enthusiasm (and quite possibly more knowledge about the candidates) a bit more say in the election outcome. On its face, this might not be such a bad thing. But thinking on a larger scale this might give advantage to more prosperous voting districts where the lines are shorter and where more prosperous voters tend to have more free time available for voting.

It is not hard to imagine that at one polling station, say in a prosperous area, a voter on average might cast five (or more realistically something like 5.284) ballots while in an inner city a different polling station serving dramatically more voters, voters would on average not get a chance to cast even a single ballot. Sadly, this effort to improve voter satisfaction might also cause vote-suppression efforts might become more effective. 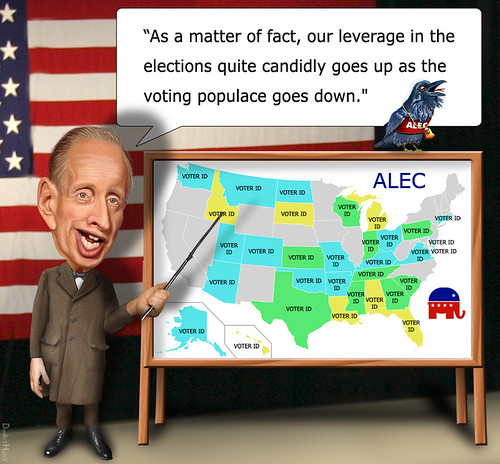 But further reflection on this difficulty actually suggests a way to discourage vote suppression while further improving on accurately measuring voter sentiment. Note that at the end of the voting day (for convenience, assuming a balanced system is used) each polling station needs to report three numbers to be tallied along with other polling stations (the number of approve votes, the number of oppose votes and the number of indifferent votes). The total of these three numbers is the number of ballots submitted. The problem we are concerned with is that the ratio of ballots to voters would probably vary greatly from one polling station to another, giving undue weight some polling districts.

But it is merely a matter of simple arithmetic to scale these reported numbers so as to give each polling station a voting weight that in effect is one vote per voter. What might well be considered even more reasonable and appropriate would be to make that adjustment so that the voting weight of each polling station would correspond to the population served by that voting station rather than the number of voters. Adopting that alternative would seem to remove most if not all motivation for vote suppression.

But allowing a voter to submit an unlimited number of ballots does seem to open a door to abuse. Putting a cap on the number of ballots from each voter to some reasonable value, perhaps the number of candidates, would be a way to mitigate that concern. Even a much smaller limit could be sufficient to make it unlikely for voters not to find at least one of the ballots to seem important enough to justify the effort of voting.

With the option of submitting multiple ballots, this is a new system that is distinct from BRV. It remains a balanced system and, also like BAV , it is evaluative and logically complete. It is worth noticing how similar to BAV these two voting systems seem; that great similarity suggests naming it Balanced Randomized Approval Voting (BRAV). The change from singular to plural in that last sentence was intentional, in recognition of the fact that BRAV actually consists of multiple different voting systems, which differ in what limit (if any) is placed on the number of ballots.